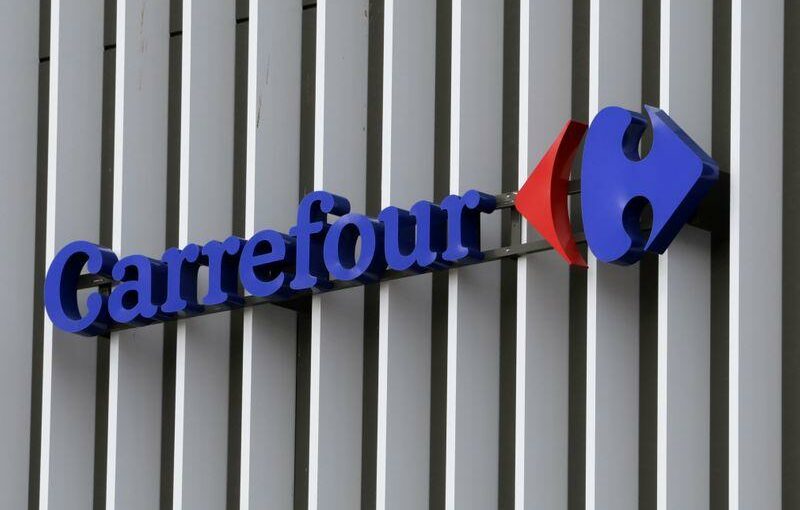 FILE PHOTO: The logo of Carrefour is seen at a Carrefour Hypermarket store in Nice, France, February 17, 2021. REUTERS/Eric Gaillard/File Photo

PARIS (Reuters) – French retailer Carrefour said on Wednesday it had started considering possible consolidation, divestitures or tie-ups of its foreign subsidiaries, but had not made a decision to sell any assets.

The French weekly Challenges had reported that Carrefour was planning to sell its subsidiaries in Poland and in Taiwan and had mandated KPMG to audit them.

“As part of its future strategic plan, Carrefour has initiated a reflection on the critical mass of its international subsidiaries and possible future consolidation, alliances or divestiture moves,” a spokeswoman said.

“This strategic reflection is only starting, and Carrefour denies having taken any decision to sell assets.”

Europe’s largest food retailer is in the midst of a five-year plan launched in January 2018 to cut costs and invest more in online sales to revive takings and profits and fend off growing competition from Amazon.

After a potential takeover by Canada’s Couche-Tard unravelled this year, Carrefour in May reappointed chairman and chief executive Alexandre Bompard for another three years, hoping he would lead a turnaround.

While it has expanded in Taiwan, Carrefour has retreated from the highly competitive Chinese market, where in 2019 it sold 80% of its loss-making operations to electronics retailer Suning.com.