A Federal Court judge has slammed the drawn out criminal cartel case over alleged manipulation of ANZ’s shares as a ‘complete shemozzle’ but has refused to squash the lawsuit and given the prosecutors a fourth chance to file a legitimate indictment.

Justice Michael Wigney has ordered the Commonwealth Director of Public Prosecutions (CDPP) to amend “material defects” in its indictment and criticised the “long, drawn out and pointless” setbacks in the long-running case. 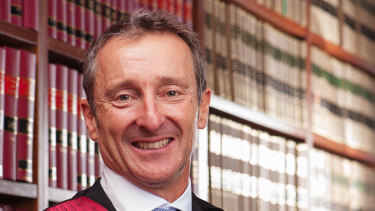 The CDPP is prosecuting evidence obtained by the Australian Competition and Consumer Commission (ACCC) that allege ANZ Bank, Citi and Deutsche Bank kept a floor under ANZ Bank’s stock price when offloading shares after a botched capital raise in 2015.

The lawsuit came after JP Morgan bankers blew the whistle and provided evidence to the ACCC in exchange for immunity – forming the backbone of the lawsuit, which now involves complex legal arguments and criminal charges against individual bankers and is scheduled to be heard before a jury next year.

The defendants have long argued the CDPP’s indictments lacked crucial details about the nature of the allegations against their clients and have called on Justice Wigney to throw out the case.

The CDPP withdrew charges against ANZ Bank and former ANZ Bank treasurer Rick Moscati late last Friday, in an extraordinary backflip on this high stakes case for the ACCC, but will pursue the remaining charges against Citi, Deutsche and other bankers. This was the second time the CDPP had thrown out critical charges.

Justice Wigney said the most substantial defects in the CDPP’s latest indictment related to ANZ and Mr Moscati, although there remained problems that need to be amended in order for the case to proceed to trial.

“It would not be unfair to characterise the situation concerning the state of the indictment as a complete shemozzle,” Justice Wigney said.

Justice Wigney said he must engage in a “balancing exercise” between limiting unfairness to the accused with maintaining public confidence in the administration of justice “in having those who are charged with serious criminal offences brought to trial”.

Justice Wigney ultimately ordered the prosecutors should be permitted to amend its indictment once more due to the significant public interest in the matter.

“For the most part, the defects are fairly technical and would appear to be essentially a product of the extraordinarily difficult and complex nature of the offence provisions in question. They are, nonetheless, material defects that must be remedied if this prosecution is to proceed.

“That, however, is no consolation to the accused who have had these serious charges, which concern events which occurred as long ago as 2015, hanging over their heads now for over three years,” Justice Wigney said.

Lawyers for the bankers have long argued that the ACCC is not skilled in collecting evidence for criminal trials, as opposed to civil matters, and has questioned the strength of the JP Morgan evidence.

Dean Jordan SC, acting for Citi, said the prosecutor’s withdrawal of charges against ANZ and Mr Moscati cast doubt over the entire proceedings. “That is a very significant change. It is not a trim, and it is not a refinement,” Mr Jordan said.

“From the very outset back in 2018, when the charges were commenced in a local court, the prosecution has consistently cast ANZ as the instigator and the beneficiary of the cartel conduct alleged against the underwriting banks.

“We are currently left with no idea whatsoever as to how the prosecution will intend or seek to now characterise the essential role of ANZ as the principal and beneficiary of that capital raising.”

After questioning, Mr Cohen said he had not received training on detecting the potential for whistleblowers to provide evidence as an attempt to shield themselves from criminal charges.