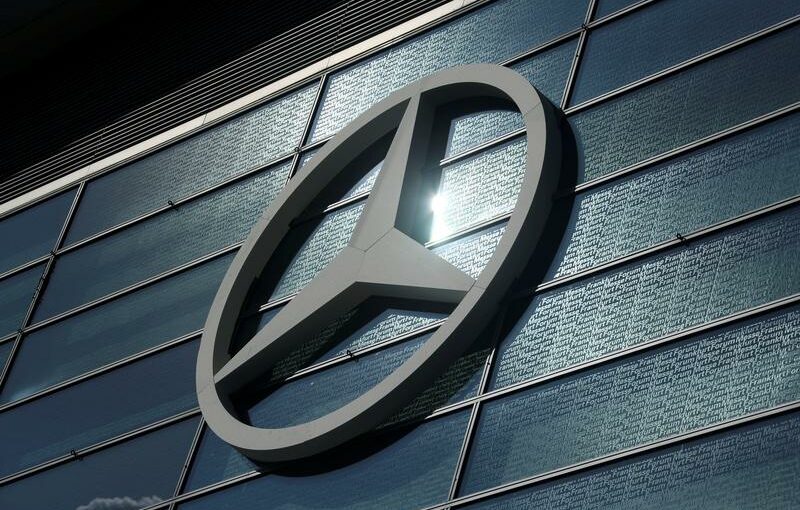 LONDON (Reuters) -Daimler has got off to a good start in 2021 despite a global shortage of semiconductor chips, and plans to accelerate the shift in its model line-up to electric cars, the Mercedes-Benz maker said on Wednesday.

The German company said it expected 2021 to be a significantly better year for revenue, and pretax profits than a pandemic-hit 2020.

Like German rivals BMW and Volkswagen, Daimler benefited from Chinese demand for high-margin luxury vehicles in the second half of 2020, which helped sales to recover from production shutdowns in the spring.

“After a good start with a tailwind from last year, Daimler is confident about the current financial year,” the company said in a statement.

Much of the auto industry has struggled to maintain output due to a chip shortage this year.

Daimler said preparations were underway for the planned listing of its truck making unit, Daimler Truck, and it should be completed by the end of 2021.

The company announced plans to spin off the unit, the world’s largest truck and bus maker, in February, seeking to increase its investor appeal as a focused electric, luxury car business.

Daimler said it planned to speed up the electrification of its product range, but did not provide details.

In 2019, the company said it expected plug-in hybrids or all-electric vehicles to make up more than 50% of its car sales by 2030.

“We want to accelerate the electrification of our product portfolio,” Chief Executive Ola Källenius said. “It’s our goal to reach this target sooner.”

Earlier this month, BMW said it expected at least 50% of its sales to be zero-emission vehicles by 2030.

Daimler will next month unveil the EQS, an all-new electric Mercedes-Benz sedan using a dedicated electric vehicle platform. The company said on Wednesday the EQS should have a battery range of up to 770 kilometers (478 miles).