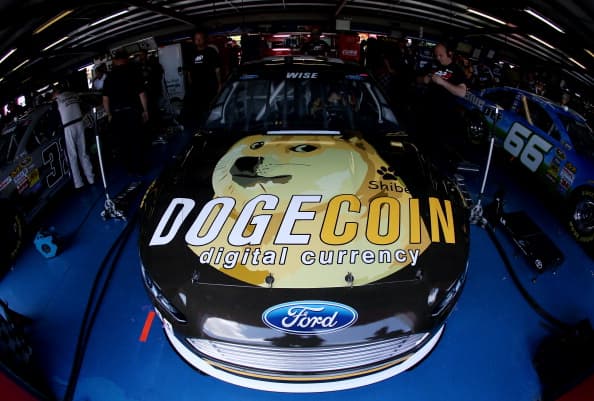 Dogecoin was soaring again on Wednesday morning, surging 20% as the cryptocurrency continued to benefit from speculative trading.

The digital coin based on a Shiba Inu meme last traded at just under 68 cents, up about 20% for the day. It broke above 50 cents per share for the first time on Tuesday.

This week's surge comes ahead of Tesla CEO Elon Musk's planned appearance on NBC"s "Saturday Night Live." Musk is a fan of Dogecoin, and the potential for him to talk about the currency on national television could be driving more demand.

Dogecoin was started as a joke in 2013, at a time when the cryptocurrency boom was in its infancy and there was a flood of small, primitive coins entering the market. Doge has regained popularity, apparently boosted by attention from billionaires like Musk and Mark Cuban and easy access through free-trading app Robinhood.

Crytpo firm Coinbase lists Dogecoin with a market cap of $87 billion, based on a simple multiplication of price and created coins. That is higher, on paper, than the publicly traded Coinbase's market cap of about $56 billion.

The surge in Coinbase did not appear to be spilling over into the larger cryptocurrencies. The price of bitcoin was up about 2% in morning trading, while ether fell slightly.