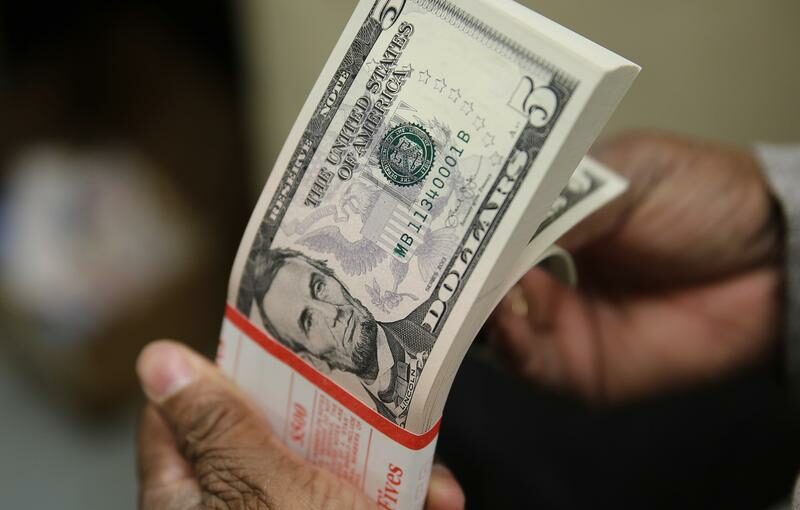 SINGAPORE (Reuters) – The dollar coasted at the bottom of its recent range on Tuesday, as softer-than-expected U.S. data and fresh insistence from Federal Reserve officials that policy would stay on hold allayed investor fears about inflation forcing interest rates higher.

Investors are heavily short dollars in the belief that low U.S. rates will drive cash abroad as the world recovers from the pandemic. They have become leery of adding to positions after an April leap in inflation cast doubt on the policy outlook, but seemed to find reassurance in data and Fed remarks overnight.

“Markets appear to be coming around to the Fed narrative that a burst in inflation is only likely to be temporary,” said Rodrigo Catril, a senior FX strategist at National Australia Bank in Sydney. “A temporary spike in prices should not instigate a removal of stimulatory policies from central banks.”

The U.S. national activity index reading of 0.24 against expectations above 1, as well as dovish comments from Fed speakers provided some backing for the view that any policy tightening is not happening any time soon.

“I think there will come a time when we can talk more about changing the parameters of monetary policy, I don’t think we should do it when we’re still in the pandemic,” Federal Reserve Bank of St. Louis President James Bullard said overnight.

The yield on benchmark 10-year Treasuries fell 2.4 basis points to a two-week low of 1.608%, and the dollar also eased on the Australian and New Zealand dollars and the yen.

Sterling, which has run up about 1.2% over the past three weeks while other majors have steadied – or even slipped – was stalled at $1.4160.

Traders have a laser-focus on inflation, the policy response to inflation and any data or remark that could shed light on either since huge bets on stocks, bonds and currencies are all predicated on the assumption that low rates are here to stay.

“The whole world is in a wait-and-see mode,” said Stuart Oakley, head of cash currency trading at Nomura in London, who has trimmed his own trading in the face of the uncertainty.

“The next few months are going to be so pivotal for FX, purely based on when the Fed starts talking about tapering, and that is 100% down to how the data’s going to pan out this month and next month,” he said. “The minute we get so much as a suggestion that some of that stimulus (has) moved, then everything’s going to change drastically.”

Ahead on Tuesday is a German business survey, a series of U.S. housing updates and a handful of policymaker speeches in Europe, Britain and the United States, which will all be parsed for a reading on inflation.

On Thursday, crucial U.S. core consumer price data is due, while in the Antipodes the focus will also be on the Reserve Bank of New Zealand’s Wednesday policy statement, with a risk that it may begin to project rate rises.

Crypto markets were steady in Asia after making their best attempt yet at a bounce from last week’s lows. Bitcoin rose 12% on Monday and, at $39,600 on Tuesday is on the verge of regaining its 200-day moving average.