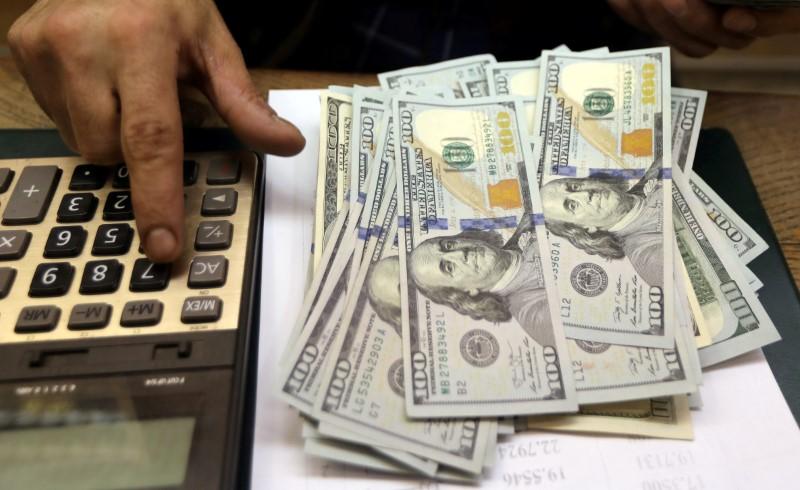 LONDON (Reuters) – The dollar stood just below a four-month peak against major peers on Thursday as currency traders digested data from the previous day showing U.S. inflation may be coming off the boil.

The dollar index, which measures the greenback against a basket of six rivals, was little changed at 92.907, after edging 0.2% lower on Wednesday following the report of easing consumer price growth.

The greenback has broadly strengthened since mid-June – hitting its highest since April 1 at 93.195 prior to Wednesday’s data – when the U.S. Federal Reserve flagged it was gearing up for sooner-than-expected rate hikes and amid evidence the release of pent-up demand in a rebounding economy was fuelling price rises.

“That makes it more likely that inflation will ease back to the 2% target by itself and less likely that the Fed will have to hike interest rates more aggressively than so far assumed,” currency analysts at Commerzbank said in a note, adding producer price data due later Thursday was likely to confirm the trend.

Other analysts cautioned the dollar’s dip could be short-lived.

“Further slippage in coming days (for the dollar is) likely, but it’s unlikely to develop into anything meaningful,” Westpac strategists wrote in a client note.

The dollar index “should continue to find support in the 91.5-92.0 area” and “could see new highs beyond 93.50,” when taper talk gathers momentum later this quarter, they wrote.

The dollar was also broadly unchanged against the yen at 110.405 yen, after pulling back from a five-week high of 110.80 overnight.