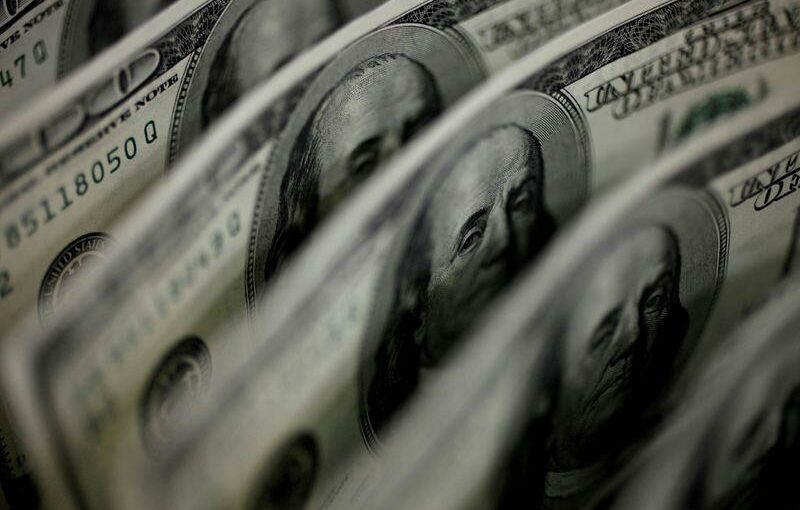 LONDON (Reuters) – The dollar index held near a three-week high on Friday and moves in currency markets were muted as traders waited for closely-watched U.S. non-farm payrolls data later in the session.

Currency investors are looking for indications of the strength of the U.S. economic recovery and the possibility of the Federal Reserve tightening its monetary policy, which is seen as positive for the dollar.

The dollar rallied on Thursday, notching up its biggest daily gain in a month, after weekly U.S. jobless claims fell below 400,000 for the first time since the COVID-19 pandemic started more than a year ago and private payrolls increased by significantly more than expected.

“Yesterday’s US dollar rally suggests an expectation of a strong beat on the headline number, as well as a big upward revision to the April number,” said Michael Hewson, chief market analyst at CMC Markets UK in a note to clients.

“Anything less than a big beat on both could well see the US dollar slide back.”

Positioning data shows investors heavily short dollars, leaving the market hypersensitive to any suggestion of a change in direction for the currency or a shift in the rates outlook.

Overnight implied dollar/yen volatility shot up to a month high above 8% on Thursday and euro/dollar implied volatility hit its highest since mid-March.

Foreign exchange strategists in a Reuters poll were almost evenly split on the dollar’s near-term direction following two months of broad weakness, as they await clearer signs from policymakers.

The Australian dollar, which dropped to its lowest since April on Thursday, held near these lows, at 0.76665, up just 0.1% on the day.

The New Zealand dollar likewise was stuck near the previous session’s lows, at 0.71545.

The Japanese yen changed hands at 110.195 versus the dollar.

China’s yuan softened past the 6.40 level, having shrunk away from its three-year highs when China’s central bank moved to limit the currency’s gains earlier this week.

U.S. President Joe Biden signed an executive order on Thursday that bans U.S. entities from investing in dozens of Chinese companies with alleged ties to defence or surveillance technology sectors, a move his administration says expands the scope of a legally flawed Trump-era order.

Cryptocurrencies fell after a tweet from Tesla boss Elon Musk appeared to lament a breakup with bitcoin.