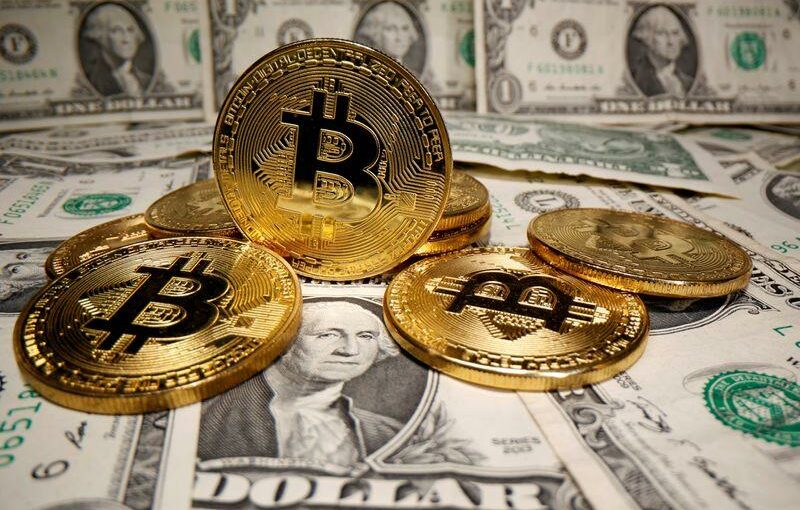 LONDON (Reuters) – The U.S. dollar was firmly pinned at a one-week low on Tuesday as an overnight slide in U.S. Treasury yields raised doubts on the outlook for the greenback against the backdrop of a looming U.S. fiscal stimulus package.

FILE PHOTO: Representations of virtual currency Bitcoin are placed on U.S. Dollar banknotes in this illustration taken May 26, 2020. REUTERS/Dado Ruvic/Illustration

“There has been an impressive pullback in U.S. Treasury yields overnight which is causing the broad-based dollar weakness before the bond auctions this week,” said Kenneth Broux, a strategist at Societe Generale in London.

In Monday’s trading, ten-year U.S. Treasury yields rose to near March 2020 highs as investors bet on a broader reflationary theme in the financial markets. But it has slipped back to 1.16%, down 4 bps from the overnight highs.

Tuesday raised familiar doubts among investors, with some traders saying the fresh fiscal stimulus along with record low U.S. interest rates will weigh on the currency in the coming months.

“Whereas until recently the prospect of fiscal support caused positive reactions on the markets, the market no longer seems to be entirely certain about that any longer,” Commerzbank strategists said.

Disappointing U.S. jobs data on Friday knocked the wind out of a two-week run that had lifted the dollar to a more than two-month high of 91.6.

The biggest beneficiary of the weakening dollar was cryptocurrencies with bitcoin rocketing above $48,000, building on a nearly 20% surge overnight after Tesla Inc announced a $1.5 billion investment in the digital asset.

The yen was another major beneficiary of the weak dollar trend, with the Japanese unit rising 0.5% against the U.S. dollar to 104.69 yen.

The yen has become increasingly correlated with outright yields than an indicator of broad risk sentiment. A 90-day rolling correlation between yen and U.S. yields has strengthened considerably since the final quarter of 2020.