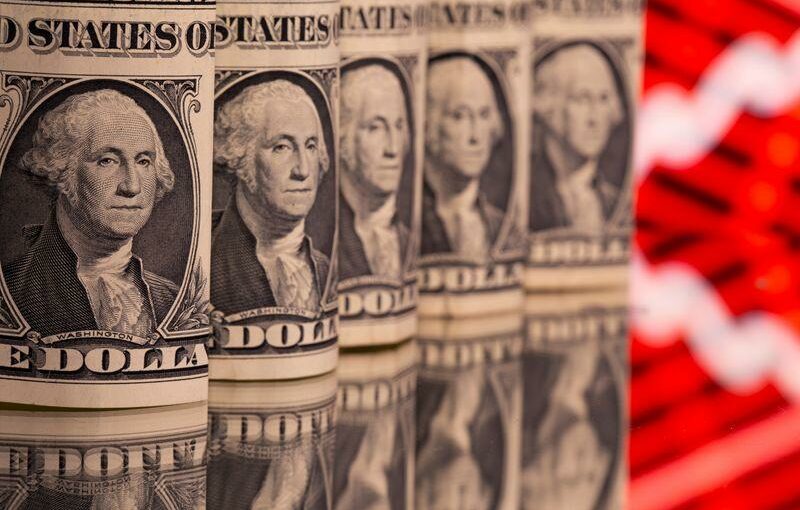 Fed officials remained cautious about the risks of the pandemic – even as the U.S. recovery gathered steam amid massive fiscal stimulus – and committed to pouring on monetary policy support until a rebound was more secure, the minutes showed Wednesday.

The dollar index which measures the greenback against a basket of six currencies, was little changed at 92.425 early in the Asian session, after dipping to as low as 92.134 on Wednesday for the first time since March 23.

The gauge rallied to an almost five-month high at 93.439 at the end of last month as the U.S. pandemic recovery outpaced most other developed nations, particularly Europe.

“Hard to argue that the U.S. macro outperformance trade is exhausted; the strong vaccine drive, reopening and stimulus set to produce some exceptionally strong rebound data in the next several months,” Westpac strategists wrote in a report, forecasting a run at 94.5 for the dollar index, also known as DXY.

“Admittedly though, the next DXY upleg may take a few weeks before it develops momentum – a lot of good news is priced in.”

The S&P 500 eked out a modest gain on Wednesday, moving mainly sideways since surging to a record high to start the week.

Although he said the market’s direction is difficult to call, the chief currency strategist at Citigroup Global Markets Japan expects the next move for the greenback to be lower.

“Current market sentiment is mild risk-on, and under such circumstances the dollar will weaken gradually – but no big moves,” Citi’s Osamu Takashima said.

The retreat in U.S. yields has also removed a driver for dollar gains, he said.

The dollar was little changed at 109.78 yen, stabilising after its retreat from a more than one-year high of 110.97 reached on March 31.

“The vaccination progress in the Eurozone is significantly lagging that of the U.S., and coronavirus infection rates in the Eurozone are on the rise again,” Commonwealth Bank of Australia strategist Joseph Capurso wrote in a client note.