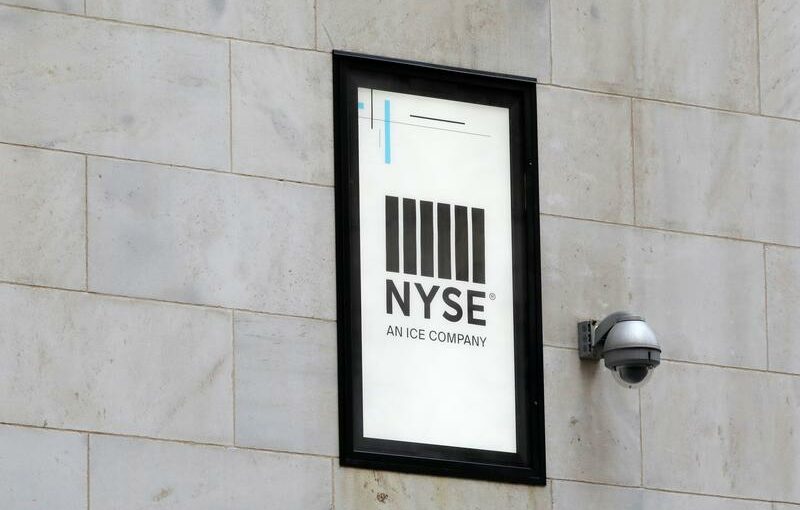 NEW YORK (Reuters) – The Dow and S&P 500 fell on Tuesday as investors took profits in some of the groups tied most closely to economic growth, while the Nasdaq edged higher to another closing record.

Bank stocks fell as U.S. Treasuries rallied, with the 10-year yield hitting its lowest level since Feb. 24. [US/]

The Dow led the day’s declines, while financials pressured the S&P 500 along with energy shares.

At the same time, a regulatory crackdown by Beijing drove a selloff in shares of several U.S.-listed Chinese firms, including Didi Global Inc.

Alan Lancz, president of Alan B. Lancz & Associates Inc., an investment advisory firm based in Toledo, Ohio, said investors may be taking profits after a strong end of the quarter and string of recent records.

“It was such a good quarter end,” he said. Now, “cyclicals are really getting hit.”

With Treasury yields down, “investors may be worried the economy might not be a good as the stock market was showing,” he said.

The S&P 500 growth index also hit a record high on Tuesday, while the S&P 500 value index was down.

Didi Global shares fell after Chinese regulators ordered over the weekend the company’s app be taken down days after its $4.4 billion listing on the New York Stock Exchange.