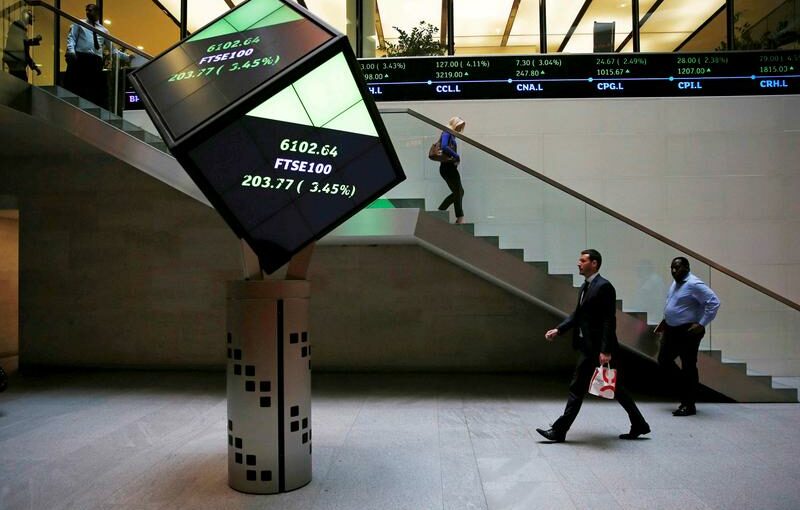 (Reuters) – Energy and banking stocks helped the FTSE 100 rebound on Tuesday after surging virus cases and fears of an economic slowdown pushed the index to a two-month low in the previous session.

The FTSE 100 gained 1.1% with HSBC Holdings and BP being the top boosts.

Banks jumped 1.3% after Catherine Mann, a top economist who will soon join the Bank of England’s rate-setting committee, joined interest-rate setter Jonathan Haskel to say cutting stimulus support too early was not the right option.

A recent jump in inflation above the BoE’s 2% target since May had raised worries over the central bank pulling back support sooner than expected.

Among stocks, global miner Anglo American jumped 1.8% after it said its production rose by 20% in the second quarter, driven by strong diamond and platinum output.

British airline easyJet gained 1.5% after it said it would fly 60% of its pre-pandemic capacity in the July-September period, a big jump from the 17% it flew in the previous quarter, as COVID-19 restrictions ease and demand across Europe grows.