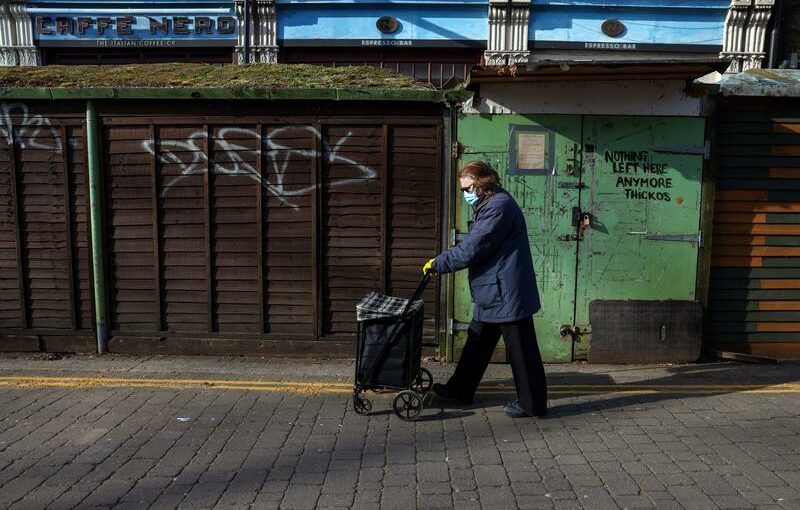 Johnson is due to set out a roadmap out of the lockdown, which began on January 5, on Monday, and has said that it will be a cautious and prudent approach.

The study, known as REACT-1 and led by researchers at Imperial College London, found that national prevalence was two thirds lower between Feb 4 and 13 than it had been in the previous survey that covered Jan 6-22.

“It’s really encouraging news. We do think that lockdown is having an effect. We’ve seen this quite rapid decline now between January and this month,” Paul Elliott, director of the programme at Imperial, told reporters.

“But… the actual prevalence is still very high. We’re only back where we were in September.”

Prevalence fell across all age groups, dropping from 0.93% to 0.30% among the over 65s, although the researchers said they did not have evidence that this was being driven by the vaccine rollout, which has been targeted at older groups.

REACT-1 is one of England’s largest and most closely watched prevalence surveys, and the researchers issued the interim results in a pre-print that had not been peer-reviewed.

Health minister Matt Hancock said that the findings were an encouraging sign that lockdown was working.

“While the trends we’ve observed are good news, we need to all work to keep infections down by sticking to the measures,” he said.