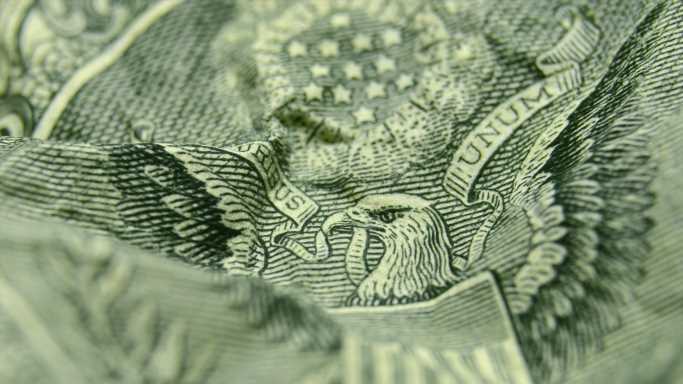 The US dollar has flipped the euro briefly today before returning to newly-found parity between the two currencies. The decline in EUR/USD comes amid a broader drawdown in the European markets due to fears of further interest rate hikes and recession.

The drop in EUR/USD comes as ECB policymakers suggested aggressive interest rate hikes will most likely continue, adding to investors’ concerns that the European economy will fall into recession. The pan-European Stoxx 600 index was also down more than 1% in the morning hours.

Joachim Nagel, President of the Bundesbank told a German news outlet the ECB must maintain its hawkish approach despite growing recession risks in Germany. Minutes from the last ECB’s policy meeting will be released on Aug. 25, while investors will also closely monitor the eurozone flash Purchasing Managers’ Index (PMI) on Tuesday.

“For the Fed, getting inflation down towards targets is non-negotiable. Chair Powell is likely to state that the Fed will raise rates as far as it takes, and for as long as it takes, to lower inflation.”

Europe in Worse Position than the U.S. as Energy Crisis Exacerbates

While a recession is likely for all global economies, it is safe to say that the US is better positioned to face those headwinds compared to Europe. One of the main reasons for this is Europe’s energy crisis which is likely to exacerbate as the war in Ukraine worsens.

Analysts believe Europe should brace for a difficult winter as it continues to cope with significantly lower imports from Russia, the continent’s biggest gas supplier until recently. Russia reduced its flows through the Nord Stream pipeline by 80% to hurt Germany and other European countries for supporting Ukraine.

On the other hand, inflation in the US eased to 8.5% in July according to the most recent CPI print. But US Treasury Secretary Janet Yellen said last week that the country’s inflation remains “unacceptably high” and bringing it down should be a top priority.