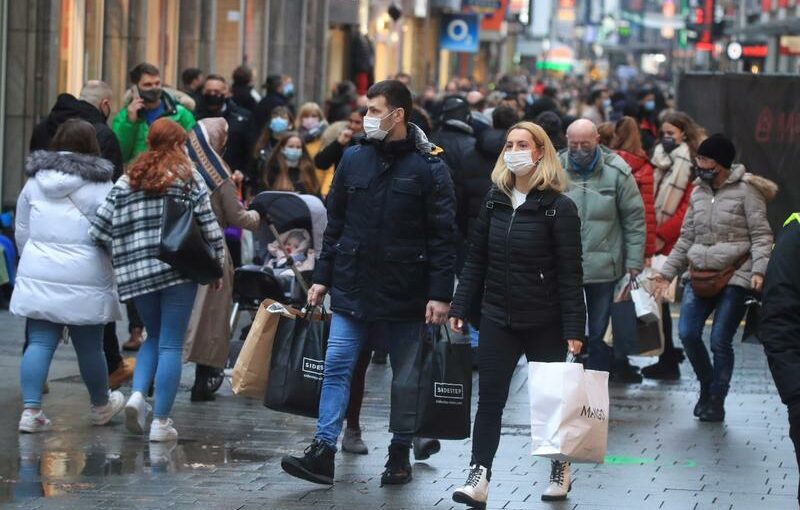 BRUSSELS (Reuters) – Euro zone monthly retail sales rose more than expected in May after a drop in April, driven mostly by purchases of non-food products and car fuel, data released on Tuesday showed.

The European Union’s statistics office Eurostat said retail sales in the 19 countries sharing the euro increased 4.6% month-on-month in May and were 9.0% higher than a year earlier.

Economists polled by Reuters had expected a 4.4% monthly rise and forecast a 8.2% year-on-year surge.

In April retail sales fell 3.9% on the month, although they rose 23.3% on the year, Eurostat said on Tuesday.

As the bloc’s economy rebounded with the lifting of coronavirus restrictions, Eurostat said sales of non-food products, excluding fuel for cars, increased in May by 8.8% on the month after a 6.1% plunge in April, and surged 14.8% on the year.

Purchases of food, drinks and tobacco remained largely stable falling slightly by 0.2% on the month and rising by 0.1% on the year.