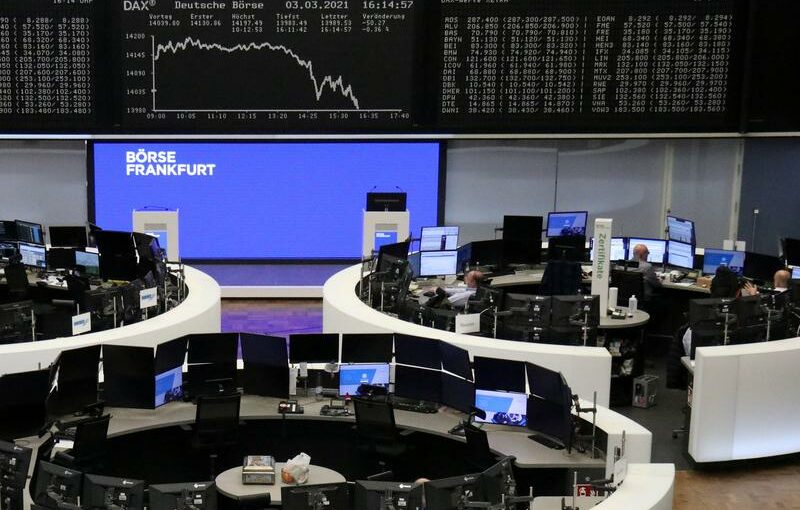 While Powell said the rise in yields was “notable”, he did not consider it a “disorderly” move, or one that pushed long-term rates so high the Fed might have to intervene in markets more forcefully to bring them down.

The comments fuelled a sell-off on Wall Street on Thursday, pushing the tech-heavy Nasdaq to erase its yearly gains. European tech shares also fell 0.5%, on course for their second weekly loss.

“The markets wanted hints as to what the central bank would do if the situation worsens, and when that didn’t materialise, equities took a hit,” Connor Campbell, financial analyst at SpreadEx wrote in a note. “That’s fed into a rough European open.”

Elevated yields have piled pressure on high-growth tech companies and steady dividend-paying sectors such as utilities and consumer staples in the recent weeks.

Still, the STOXX 600 was on course to post a 1.2% weekly rise as investors bought economically sensitive stocks such as automakers, insurance, oil & gas companies on bets of a speedy economic bounceback this year.

Data showed orders for German-made goods rose by twice as much as expected in January as robust foreign demand more than offset domestic weakness.

Oil stocks fell just 0.2%, supported by crude prices at near 14-month highs after OPEC and its allies agreed not to increase supply in April.