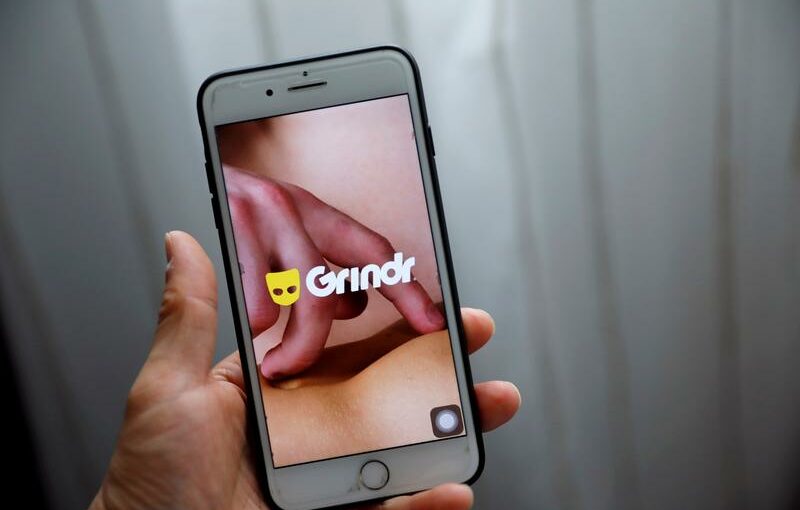 NEW YORK (Reuters) – When Grindr Inc’s Chinese owner sold the popular dating app to an investor consortium last year to comply with a U.S. national security panel order, the parties to the deal gave information to authorities that contradicted disclosures to potential investors and Chinese regulators, Reuters has learned.

They told the Committee on Foreign Investment in the United States (CFIUS) that James Lu, a Chinese-American businessman who is now Grindr’s chairman, had no previous business relationship with a key adviser to the seller, a man named Ding’an Fei, according to a Reuters review of the parties’ written submissions to CFIUS.

Fei, a former private equity executive, was acting as an adviser to Beijing Kunlun Tech Co Ltd, Grindr’s owner at the time, on the deal, the documents show.

“The investors and Ding’an Fei have at no time conducted business together in their personal capacities prior to the proposed transaction,” Kunlun and the investor group, called San Vicente Holdings LLC, wrote to CFIUS in a response dated March 27, 2020.

However, when Lu was raising funds to buy Grindr in the second half of 2019 and early 2020, potential investors were told by firms helping him raise the money that Fei was involved in the effort with him in various capacities, a review of four different fundraising documents shows.

The duo had also done business together in other ventures: Fei was a member of the board of a Chinese restaurant operator in which Lu served as chief executive officer, according to that restaurant company’s 2018-2019 annual report.

The discrepancies and omissions in the parties’ response to U.S. authorities, reported by Reuters for the first time, could prompt a new review from CFIUS, according to six former U.S. officials and lawyers familiar with the panel’s rules. If CFIUS were to find the statements were not true, it can also lead to civil penalties and criminal charges under the false statement provisions of the U.S. penal code, they said.

“If a transaction was approved based on misrepresentations, that could well invalidate the approval of the transaction,” said Brent McIntosh, who served as the Treasury Under Secretary responsible for CFIUS when the Grindr deal was cleared. McIntosh declined to comment on the specifics of Reuters’ findings.

San Vicente spokesman Taylor Ingraham said that “a complete and accurate account of James Lu’s relationship with Ding’an Fei, as well as his investments and business activities in China, was provided to CFIUS prior to the agency’s approval of San Vicente Holdings’ acquisition of Grindr.”

Ingraham declined to make Lu, who owns a 17% stake in the buyer’s group, available for an interview. Lu, Fei, Kunlun and Grindr did not respond to emailed requests for comment.

CFIUS and the U.S. Treasury Department, which chairs CFIUS, did not respond to requests for comment.

The documents reviewed by Reuters include a resume for Lu that was put together by the parties in support of the CFIUS application. While the resume lists positions going back to 2002, it does not mention some of his business dealings in China. In particular, Chinese regulatory filings show Lu is chairman of a Chinese investment firm, where a local government is the majority shareholder.

Scott Flicker, a regulatory partner at law firm Paul Hastings LLP who was not involved in the Grindr case and reviewed Reuters’ findings, said CFIUS would want to know about Lu’s business dealings in China when assessing whether his past could be used by Beijing to compromise him.

“It is potentially relevant information for the CFIUS review. The integrity of the acquiring party is relevant to the question of threat of exploitation,” Flicker said.

However, some lawyers played down the possibility that CFIUS would reopen its review. They noted that there is no publicly known precedent of the panel ever having done so. Were CFIUS to identify misstatements in a review, it would likely take action only if they significantly raised the risk of a transaction harming national security, said Alexis Early, a regulatory partner at law firm King & Spalding LLP who was not involved in the Grindr deal.

Reuters could not determine whether San Vicente and Kunlun disclosed those activities to CFIUS subsequently.

Reuters first reported about the ties between Lu and Fei in June of last year, after CFIUS had already approved the sale of Grindr to San Vicente for $620 million. Reuters could not determine whether CFIUS had taken any action following that Reuters report.

Since then, Reuters has reviewed three sets of confidential written questions that CFIUS sent to the parties, their responses to them and several supporting documents. Reuters could not determine whether CFIUS knew of the specific discrepancies reported in this article when it approved the deal last year.

Ingraham did not comment on whether there were any additional communications with CFIUS beyond the set of questions and answers seen by Reuters.

Based in West Hollywood, California, Grindr is especially popular among gay men and has millions of users. CFIUS ordered Kunlun, a Chinese mobile gaming company, in May 2019 to sell Grindr, giving it about a year to complete the deal. The move was among a series of actions the United States took in recent years against Chinese companies.

Lu started raising money from outside investors for the Grindr acquisition in the months after the CFIUS order, according to the fundraising documents and the responses to CFIUS. Lu first sought money for the acquisition through a fund called Duo Capital, and later an entity called TGL Capital.

In the fundraising documents, Fei is named as associated with the funds in various ways, including as a contact person for Duo Capital, a member of the external advisory team of Duo Capital and as a co-leader of TGL Capital. Reuters could not learn more about his role or independently verify the information.

The ties between Fei and Lu came to CFIUS’ attention during the review. In the third set of questions, CFIUS asked, “Is Mr. Ding An Fei of TGL Capital (formerly known as Duo Capital) the same Dingan Fei” who is listed as “an individual who should receive notices on behalf of Beijing Kunlun Tech Co Ltd?”

In their March 27, 2020 response, the parties denied any ties. “Neither Ding’an Fei nor anyone else employed by or representing Kunlun has ever held a position with TGL Capital, Duo Capital, or San Vicente,” they wrote.

Lu did not respond to questions about Duo and TGL.

San Vicente and Kunlun also told CFIUS in their March 27, 2020 response to questions about the relationship between Fei and the San Vicente investors that Lu knew Fei “because they have each held positions in the investment community working on Asia-U.S. transactions.”

However, Fei sat on the board of restaurant operator Life Concepts Holding, in which Lu served as CEO, according to the company’s annual report. Fei stood down from Life Concepts’ board in April 2020, amid the CFIUS review, without disclosing a reason, according to a Life Concepts filing with the Hong Kong stock exchange.

Life Concept, based in Hong Kong, did not respond to a request for comment.