Home » Explainer: How police body-worn cameras are used in the United States 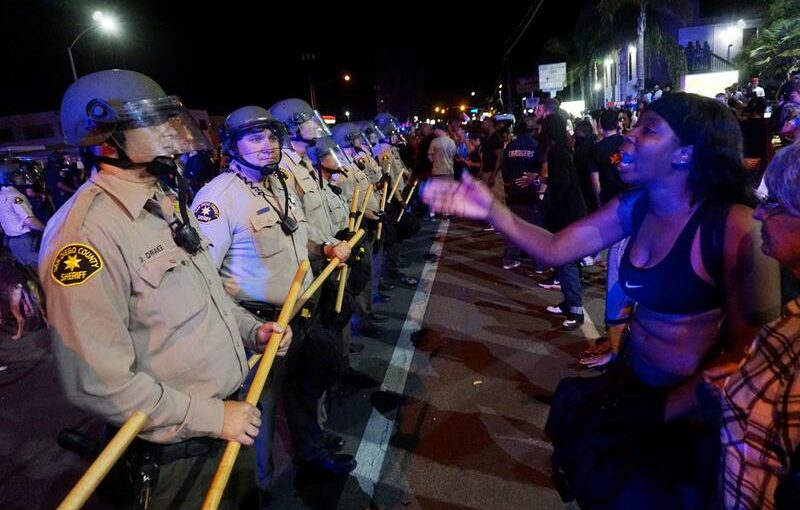 (Reuters) – Body-worn cameras are increasingly being used by U.S. law enforcement agencies and often play a central role in high-profile police killings. But wide disparities remain in how they are employed and when the footage is made public.

HOW MANY POLICE AGENCIES USE BODY-WORN CAMERAS?

As of 2016, about 47% of the country’s 15,328 general-purpose law enforcement agencies had bought the cameras, according to a 2018 report by the Bureau of Justice Statistics, the most recent study measuring nationwide usage.

Larger agencies were more likely to adopt the devices. One notable exception is the police department in Portland, Oregon, which ceased its initial body-worn camera pilot program in 2020, citing “major budget constraints.”

WHAT RULES DICTATE THE RELEASE OF RECORDINGS?

States have varying laws governing how recordings from body-worn cameras can be released. At least 12 states, including Massachusetts and West Virginia, did not have laws regulating public access to body-worn camera recordings as of October 2018, leaving it up to agencies to decide how to release the footage, according to the Urban Institute think tank.

Among states that do regulate access, North Carolina has one of the most restrictive laws, requiring anyone seeking a copy of a body-worn camera recording to get court approval. By contrast, a new Colorado law will require recordings to be released to the public within 21 days after the agency receives a complaint of misconduct, with exceptions for privacy concerns or cases where the release would interfere with an investigation.

ARE THE CAMERAS ALWAYS RUNNING?

More than half of the United States had no rule dictating where, when and how body-worn cameras had to be used as of October 2018, the Urban Institute said. Several states have enacted new regulations since then.

Colorado, New Jersey, New Mexico and New York, for example, passed laws in 2020 requiring officers to wear cameras on the job, though the New York law only applies to state police. With some exceptions, such as cases where civilians request that cameras be turned off, the laws require police to record every encounter they have with members of the public.

Average activations of body-worn cameras for police officers in Anaheim, California, ranged from 0% to 72%, according to a 2015 study co-authored by Daniel Lawrence, a policing expert at the Urban Institute.

HOW IS BODY-WORN CAMERA FOOTAGE USED?

Audio and video recordings from body-worn cameras are often sought after police killings, including the murder of George Floyd by Minneapolis officer Derek Chauvin. Prosecutors used Chauvin’s body-camera footage to help convince a jury to convict the former officer on April 20.

Almost two-thirds of state prosecutors’ offices use body-worn camera video as evidence, according to a 2016 survey by George Mason University’s Center for Evidence-Based Crime Policy. The study found that 8.3% of offices in jurisdictions with body-worn cameras had used the footage to prosecute police officers, while 92.6% had used it to prosecute private citizens.

HOW MUCH DIFFERENCE DO THE CAMERAS MAKE?

Officers who wear body cameras consistently appear to have fewer complaints filed against them than officers without cameras, according to a 2020 report by the National Police Foundation that synthesized 10 years of research on the subject.

But a 2017 study in Washington, D.C. found no statistically-significant effects on use of force or complaints.

Civil rights advocates say the timely release of body-worn camera footage, balanced with privacy considerations, is key to holding law enforcement officers accountable. Many police welcome the transparency because the recordings can be used to clear officers accused of racist or violent acts, while others say the videos only offer a partial view of incidents and can skew public reactions.