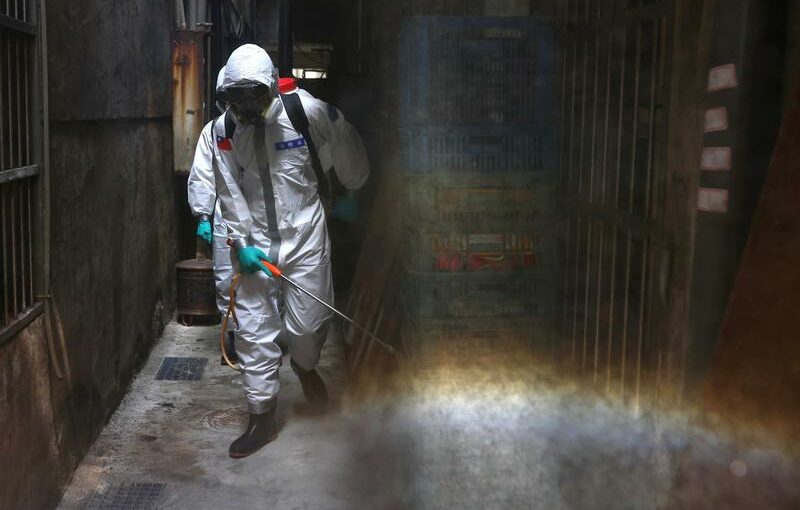 SINGAPORE (Reuters) – Fresh coronavirus outbreaks in Southeast Asia have hurt factory activity across industries, threatening the region’s recovery from the COVID-19 pandemic and disrupting global supplies of goods such as apparels, automobiles, and electronics.

Coronavirus curbs have led companies to shut factories and suspend or reduce operations at a time when Asia’s manufacturing sector is already grappling with rising raw material costs and signs of a slowing Chinese economy.

Vietnam, Malaysia and Thailand are three of the region’s major manufacturing hubs and produce goods for some of the world’s largest consumer brands.

A coronavirus wave since April forced Vietnam’s largest cities and industrial hubs to impose strict lockdowns, prompting electronics, apparel and footwear manufacturers to suspend or reduce operations. The restrictions have been eased in recent weeks.

The outbreak initially hit northern industrial areas, where suppliers for Apple, Samsung and other global tech firms are located.

In May, the northern province of Bac Giang ordered four industrial parks, including three that house production facilities of Taiwan’s Foxconn, to temporarily shut down.

That month, Taiwan’s Pou Chen Corp, which makes footwear for Nike and Adidas, suspended operations at its plant in Ho Chi Minh City and Changshin Vietnam, a South Korean firm manufacturing shoes for Nike, shut three of its factories.

Nike has cut its fiscal 2022 sales expectations and warned of holiday delays. Buyers of Apple’s new iPhone 13 are facing longer-than-expected delivery times because of the outbreak in Vietnam, where components for the device’s new camera module are assembled.

The Vietnam Textile and Apparel Association said several international fashion brands have shifted their orders away from Vietnam and 60% of apparel and footwear makers in the country have been fined for slow deliveries.

Several automakers and semiconductor companies have said in recent months that pandemic-related disruptions in Malaysia were hitting supply chains.

Malaysia imposed a lockdown in June as infections hit record levels but has gradually eased restrictions on manufacturing since July.

Curbs in Malaysia, which supplies about 67% of the global rubber glove market, also forced many glove makers to suspend operations in June and July.

Malaysia is home to factories serving semiconductor makers such as Europe’s STMicroelectronics and Infineon, as well as major carmakers including Toyota Motor Corp and Ford Motor Co.

STMicroelectronics said in July it temporarily closed its assembly plant in Malaysia for 11 days due to the coronavirus.

German chipmaker Infineon said in August the firm will take a hit in the high double-digit million euros from shutdowns at its Malaysia plant.

That same month, Ford Motor Co said it would temporarily shutter the U.S. plant that builds its best-selling pickup truck due to a semiconductor-related parts shortage caused by the Malaysian outbreak.

Thailand imposed tougher restrictions in July and August in high-risk provinces including Bangkok.

To avoid the factory shutdowns seen elsewhere in Southeast Asia, the government adopted “bubble and seal” measures, whereby confirmed COVID-19 cases are sent for treatment and close contacts isolated from the other workers.

But several companies have had to temporarily close operations for deep cleaning after COVID-19 cases in recent months, including Charoen Pokphand Foods, Thai Plastic Industrial, and Soomboon Advance Technology.

In July, Toyota halted vehicle production at three of its Thai plants due to parts shortages caused by the pandemic..

Thailand is Asia’s fourth-largest autos assembly and export hub for some of the world’s largest carmakers such as Toyota and Honda.

A shortage of migrant workers, due to strict border controls, infections and quarantines, has also hit food and rubber production.

Siam Agro-Food Industry, a Thai processed fruit exporter, has only been able to fill 400 of the 550 roles it has available as workers, who returned to their home countries, are unable to enter Thailand due to border closures.