Home » Markets » Factbox-In their own words: Fed policymakers debate when to reduce stimulus 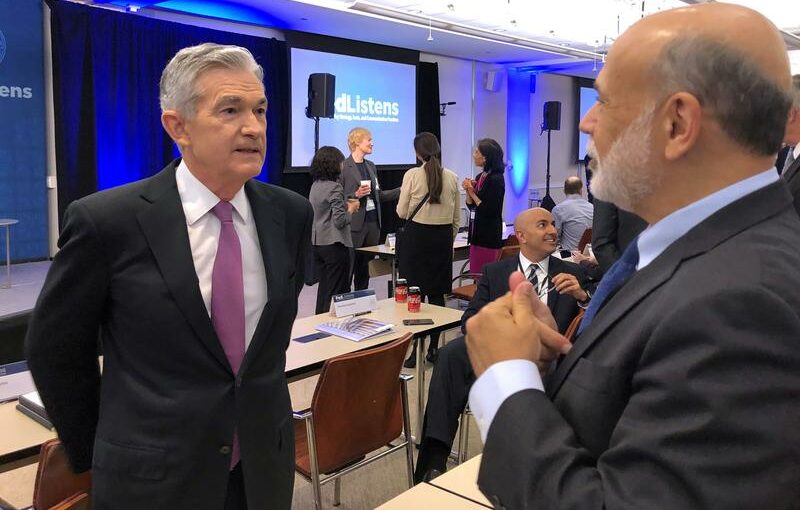 WASHINGTON (Reuters) – The Federal Reserve is nearing the point of reducing its massive support for the economy, with analysts expecting an initial decision as early as next month on when and how the U.S. central bank should begin cutting its $120 billion in monthly purchases of Treasuries and mortgage-backed securities.

In the past two weeks, more than half of the Fed’s policymakers have given stronger indications of their preferences for how that process should play out, and it is up to Chair Jerome Powell to fashion a consensus from a wide and sometimes competing range of views.

Here are some of the policymakers’ comments on the matter:

“I think markets are very much ready for a taper. I think the (Federal Open Market) Committee should go ahead this fall and begin a taper, and I think you should also go fairly rapidly.”

“I wouldn’t want to shock markets or anything, but get the taper finished. I would have a target of finishing by the end of the first quarter next year.”

“The determination of when to begin to slow asset purchases will depend importantly on the accumulation of evidence that substantial further progress on employment has been achieved.”

“I expect to be more confident in assessing the rate of progress once we have data in hand for September, when consumption, school, and work patterns should be settling into a post-pandemic normal.”

“We should go early and go fast, in order to make sure we’re in position to raise (interest) rates in 2022, if we have to,” Waller said, adding that he could see the Fed announcing the taper in September, with a start in October.

“There’s no reason you’d want to go slow on the taper, to prolong it – you want to get it done and get it over.”

“If my baseline outlook does materialize, then I could certainly see supporting announcing a reduction in the pace of our purchases later this year,” with the potential for interest rate hikes starting in 2023.

“I believe that these … necessary conditions for raising the target range for the federal funds rate will have been met by year-end 2022.”

“I’m looking for continued progress in the labor market, continued putting COVID behind us, rising vaccination rates, the things that are so fundamental to us saying that the economy has achieved that metric of substantial further progress.”

“Right now my modal outlook is that we will achieve that metric later this year or early next.”

“In terms of the timing to begin the taper … right now I think I’m thinking in the October to December range, but if the (jobs) number comes back big … I’d be open to moving it forward.”

“And I am in favor of going relatively fast … I’d be willing to lean into that to try to get us to complete the taper in a shorter period than what we’ve done in previous rounds.”

“Everybody is wondering about September, November, December, January (for a taper start). I don’t think that one meeting on either side is going to have an important effect,” Evans said, adding that he wanted to see “a few more” monthly employment reports before feeling enough progress had been made to start curtailing the Fed’s bond purchases.

“We are closing in … I don’t know exactly when that will be. When we do close in on it I am very supportive of tapering and moving back toward a normal environment as quickly as the economy allows us.”

“It would be my view that if the economy unfolds the way I expect. … I would be in favor of announcing a plan at the September meeting and beginning tapering in October.”

“These purchases are not well-suited to the environment we’re in now, and like a doctor who’s prescribing medication to a patient that’s been through a trauma, if you start to see side-effects and you don’t think the medication is very effective … I think the best thing to do is, early, begin weaning off that medication.”

“Today’s tight economy … certainly does not call for a tight monetary policy, but it does signal that the time has come to dial back the settings.”