Home » Factbox: Some countries limit AstraZeneca vaccine use amid concern over blood clots 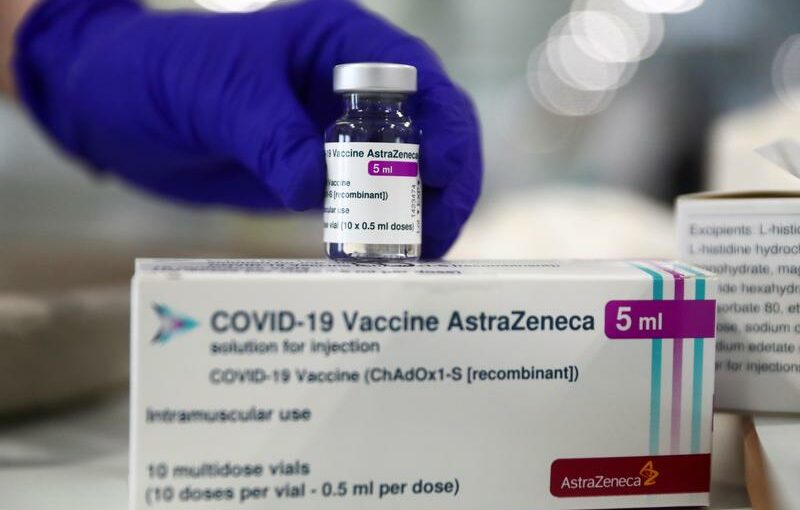 (Reuters) – Some countries are restricting use of the AstraZeneca vaccine against COVID-19 while others have resumed inoculations, as investigations into reports of rare, and sometimes severe, blood clots continue.

The European Medicines Agency and the World Health Organization have said the benefits outweigh the risks, but are monitoring the situation.

AstraZeneca said in March its vaccine was 76% effective in preventing symptomatic infections in a U.S. trial, and that studies did not indicate higher risks of clotting.

VACCINE BEING USED, WITH OR WITHOUT RESTRCTIONS

Will continue its inoculation programme with the shot despite a blood clotting case reported on April 2, health officials said on April 3.

To pause offering vaccine to people aged under 55 and require a new analysis of the shot’s benefits and risks based on age and gender.

Approved resumed use of the vaccine on March 19, but said it should only be given to people aged 55 and over.

Resumed using the AstraZeneca vaccine from March 29, but will only give it to people aged 65 and over.

Has limited the use of the vaccine after a nurse died of anaphylactic shock, and vaccinations will continue only in full-fledged medical centres, news agency TASS reported on March 19.

From March 31, Germany limited use of the shot to people over 60 and high-priority groups, following further reports of a rare brain blood disorder. On April 1, Germany’s vaccine commission recommended that people under 60 who have had a first shot of AstraZeneca’s vaccine should receive a different product for their second dose.

Resumed use on March 25 after suspending it on March 11.

Resumed using the vaccine on March 22 but warned against the use of the vaccine in people with a low blood platelet count.

Resumed use after EMA recommendation.

Resumed use on March 19, and Italians who decline to be inoculated with it will be given an alternative later.

Said would restart administering the shots from March 19.

Restarted use on March 19, currently for over 65-year-olds only.

Currently using the vaccine only for over 60s, either at a doctors’ surgery or by a doctor at nursing homes.

Health Minister Venko Filipce said on March 31 that AstraZeneca shots would be limited to people aged over 60 as a precautionary measure.

Resumed use after the EMA assessment after temporarily stopping vaccinating people with one batch of the vaccine on March 11.

President Moon Jae-in received the vaccine on March 23 ahead of an overseas trip, as the country inoculates senior citizens and health workers.

Spain said on March 30 it would use the vaccine for people aged 55-65, and a day later said it would extend the vaccination to essential workers aged over 65.

Resumed use of the vaccine on March 25 for people aged 65 and older, but restrictions are in place for Swedes under 65.

Began use on March 15, with Prime Minister Prayuth Chan-ocha the first to be inoculated, after delaying rollout the week before.

Suspended administration of the vaccine it was scheduled to receive on March 20 as part of the global vaccines sharing scheme COVAX, the health ministry said.

Will prolong its suspension of the shot by three weeks pending further investigations after its two-week pause ended on March 25. A local survey indicated that one in three Danes would decline to get the shot.

Norway will delay a decision over the use of the vaccine, authorities said on March 26, with a decision expected by April 15.