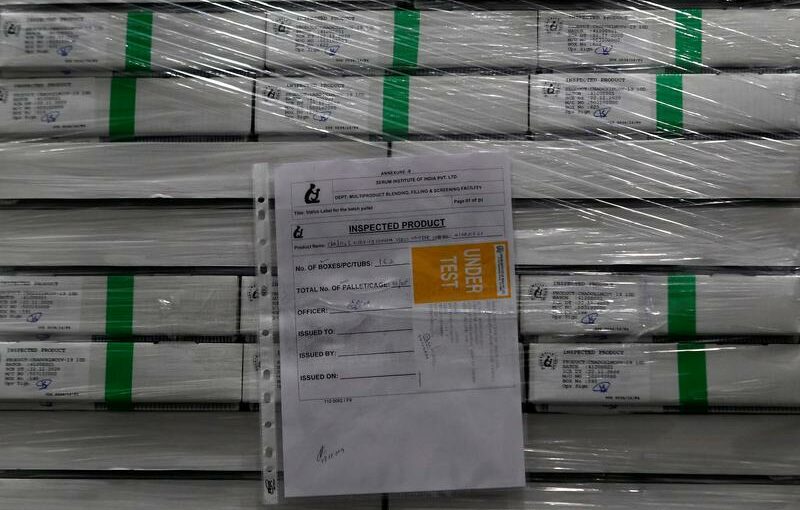 NEW DELHI (Reuters) – India’s Bharat Biotech said on Tuesday it was likely to export its COVID-19 vaccine to Brazil and the United Arab Emirates this week, a major success for the shot approved at home for emergency use without efficacy data from a late-stage trial.

Bharat Biotech has already supplied millions of doses of COVAXIN, developed with the state-run Indian Council of Medical Research, to its home government’s inoculation drive. The government has also aggressively pushed locally-made vaccines abroad as part of a diplomatic campaign.

“Mostly yes,” a Bharat Biotech spokeswoman told Reuters when asked if exports to the two countries could begin this week as reported by local media.

The company expects results from an ongoing trial involving 25,800 participants in India only by March, though the country’s drug regulator has called the vaccine safe and effective amid criticism from doctors and health experts. A study on 26 participants has found COVAXIN effective against the UK strain of the coronavirus.

Bharat Biotech has also applied to conduct a Phase III trial for COVAXIN in Brazil, which plans to import 8 million doses of it in February and another 12 million in March.

Bharat Biotech has also sought emergency use authorisation in the Philippines.

The company has supplied 5.5 million doses to the Indian government and is selling 4.5 million more, the spokeswoman added.

India has also ordered 10 million more doses of the AstraZeneca vaccine from the Serum Institute of India (SII), a company spokesman told Reuters. SII is mainly manufacturing the shot for low-and middle-income countries.

The two shots have been used in what India calls the world’s biggest immunisation programme to cover 300 million people by August, starting with healthcare and other workers to reach the elderly and those with existing conditions by March.

SII, the world’s biggest vaccine maker, had supplied 11 million doses for the inoculation drive, which has covered 6.3 million front-line workers since it began on Jan. 16.

“The second order is already in place, it’s for 10 million doses,” an SII spokesman said, adding that the figure was part of the 100 million doses the company has agreed to sell to the government for 200 rupees ($2.74) each.

The regulator is expected to approve Russia’s Sputnik V and Cadila Healthcare’s ZyCov-D vaccines in the next few months.

India’s infections rose 9,110 in the last 24 hours to stand at 10.85 million, the world’s highest tally after the United States, though they have fallen sharply from a mid-September peak of nearly 100,000.

The health ministry said a daily toll of less than 100 deaths over the last four days took the total to more than 155,000.