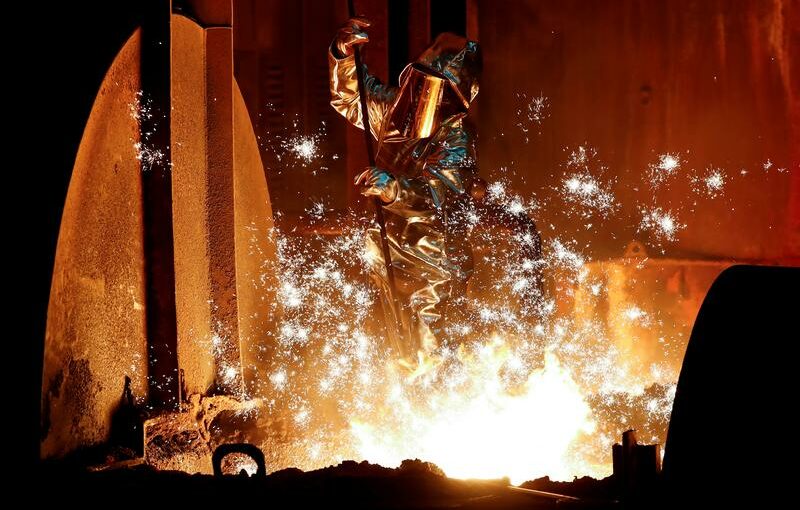 BERLIN (Reuters) – Orders for German-made goods rose by twice as much as expected in January as robust foreign demand more than offset domestic weakness to buoy manufacturers in Europe’s largest economy, official data showed on Friday.

The data published by the Federal Statistics Offices showed orders for industrial goods rose on the month by 1.4% in seasonally adjusted terms, compared with a Reuters forecast for a rise of 0.7%.

The increase came after a downwardly revised decrease of 2.2% in December.

Domestic orders fell by 2.6% on the month while orders from abroad rose by 4.2%. Contracts from the euro zone increased by 3.9%. Orders from the rest of the world rose by 4.4 %.

German factories have been humming along during the pandemic on higher foreign demand, helping the economy avoid a contraction in the last quarter of 2020 and offsetting a drop in consumer spending amid a partial lockdown to contain COVID-19.

Higher demand from China, the United States and Europe drove growth in German factory activity to its highest level in more than three years in February, brightening the outlook for the economy, a survey showed on Monday.

However, lockdown measures introduced in November, and then tightened in mid-December, have held back private consumption.

Strong exports and solid construction activity helped the economy to grow by 0.3% in the final quarter of last year, but the stricter lockdown measures at home and abroad are clouding the economic outlook.

German business groups expressed dismay on Thursday after Chancellor Angela Merkel and state leaders agreed a gradual easing of coronavirus curbs but added an “emergency brake” to reimpose restrictions if case numbers get out of control.

The tentative reopening plan dashed any hopes of a swift rebound in consumer spending this month to end a weak first quarter on a stronger note.