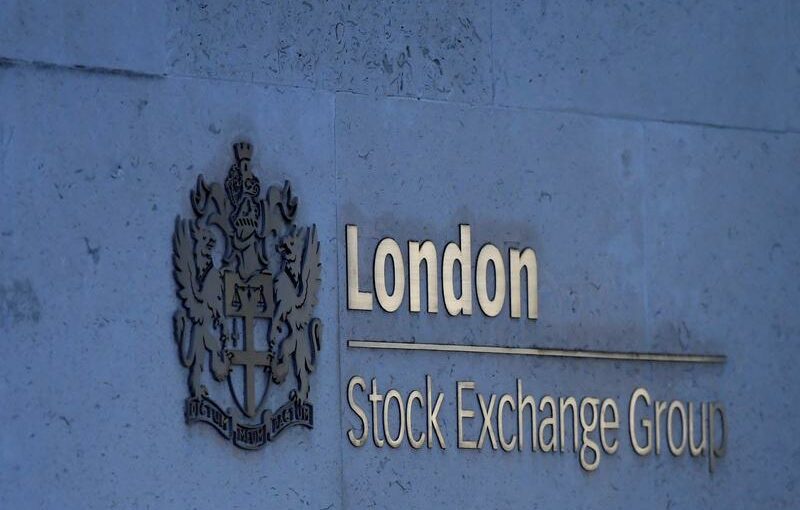 (Reuters) – London’s FTSE 100 rose to a two-month high on Thursday, boosted by heavyweight oil and mining stocks, while retailer Tesco was among the top drags as its shares traded ex-dividend.

Industrial miners and oil stocks are the top performing sub-indexes so far this year, adding 23% and 35%, respectively.

The mining index has surged over 200% since their March 2020 lows on recovering metal demand as economies re-opened from pandemic-led lockdowns.

The FTSE 100 has gained 11% so far this year but the pace has slowed on bets that rising inflation pressures will lead central banks to pull back their accommodative monetary policies.

“People think that maybe the economy isn’t as bad as it seems, but then you’ve also got that creeping realization that things are about to change and we are going to start to see the medical relief, which was given to economies in terms of quantitative easing, is going to start to be rolled back,” said Danni Hewson, an analyst at AJ Bell.

Markets await appearances from Bank of England policymakers on Thursday amid expectations that the central bank would start raising its interest rate from a record-low 0.1% before the end of the year. [BOEWATCH]

The domestically focussed mid-cap index advanced 0.7%, with recruiter Hays Plc among the top gainers. The stock rose 3.8% after the company reported a jump in its quarterly net fees.

Dunelm Group Plc gained 1.8% after it reported a strong rise in sales despite an uncertain outlook for the coming year.

Ashmore Group slipped 0.5% after its assets under management fell by $3.1 billion during the third quarter of 2021 on emerging market woes and institutional outflows.