Home » Gas still hard to find in parts of Southeast 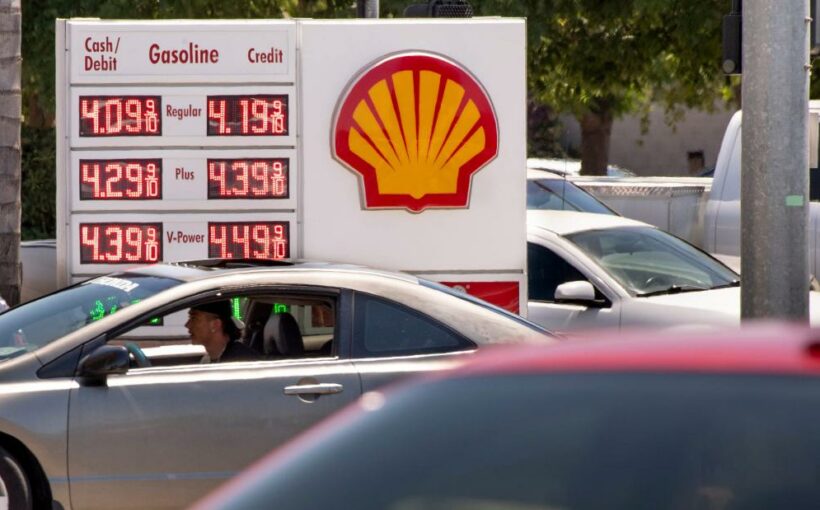 A version of this story first appeared in CNN Business’ Before the Bell newsletter. Not a subscriber? You can sign up right here.

London (CNN Business)Investors worried about rising inflation should keep an eye on what’s happening at the pump.

US gas prices hit their highest level in seven years during a busy Memorial Day weekend, as Americans traveled to meet up with friends and took much-needed vacations.
What’s happening: Data from GasBuddy shows gas in the United States is at its most expensive since 2014. AAA puts the national average at $3.05 per gallon, up from $2.90 one month ago and $1.98 a year ago. 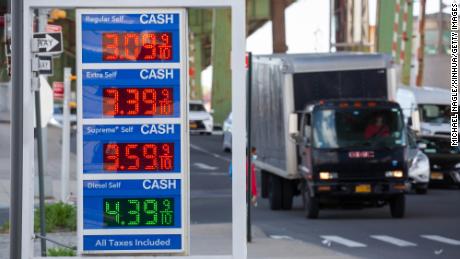 As of last Thursday, 25% of gas stations in South Carolina were still experiencing fuel outages, along with 22% in North Carolina and 12% in Florida, according to GasBuddy data.

Watch this space: Brent crude futures jumped back above $70 per barrel on Tuesday, while West Texas Intermediate futures, the US benchmark, rose above $68 a barrel, their highest level since late 2018.
Whether those gains hold in the near term hinges on the outcome of Tuesday’s meeting of the Organization of the Petroleum Exporting Countries and allies. The group, known as OPEC+, is expected to stick to its plan of gradually easing up on supply cuts enacted earlier in the pandemic.
OPEC+ faces a tough balancing act. It needs to take into account a strong recovery in demand, which bolsters the case for boosting supply. But members are also closely watching efforts to revive a nuclear deal that could allow Iran to increase its output. And if prices rise too high, it could encourage US production to ramp up, which would eat into OPEC’s market share.
The leap in fuel prices is starting to show up in the economic data that Wall Street and policymakers are monitoring closely.
In the United States, inflation data released Friday showed a 3.6% rise in prices in April from one year ago, as energy prices jumped 25%. Excluding the cost of food and energy, prices rose 3.1%.
Surging energy prices caused inflation in the 19 countries that use the euro to increase to 2% in May from 1.6% in April, exceeding the European Central Bank’s inflation target of “below but close to 2%.” That puts inflation in the region at its highest level since 2018.
“The global rise in commodity prices is currently being felt by consumers in the euro area mainly in the form of rising energy prices,” said Christoph Weil, a senior economist at Commerzbank.
While that could unnerve traders, most economists aren’t too worried about the headline number. When the prices of energy, food, alcohol and tobacco are excluded, eurozone inflation only climbed from 0.7% to 0.9%.
Still, the data will put European Central Bank leaders in the hot seat when they meet next week. The big question: Can they continue to convince investors they don’t plan to imminently pull back support, despite growing pressure?

A huge month for gold

Gold prices just logged their biggest monthly jump since July as investors worried about rising inflation give the precious metal another look.
Details, details: The price of gold rose 7.8% to more than $1,900 per ounce in May as investors returned to exchange-traded funds that they’d avoided for most of 2021. The iShares Gold Trust and SPDR Gold Shares ETFs both rose by more than 7% last month.
“We have seen investor demand coming back to the market,” Warren Patterson, head of commodities strategy at ING, told me.
Gold is seen as a store of value that can be used as a hedge against long-term inflation. It also performs well when interest rates are low, since investors don’t feel like they’re missing out on other investments that could generate higher returns.
That means gold is in a sweet spot. Investors worried about rising prices can jump in, while those who believe central bankers will maintain pandemic-era policies can also find reason to get on board.
A weakening US dollar helps, too, since it makes buying gold cheaper for many international investors. Demand from China and India has also rebounded as jewelry sales surge, Patterson said.
Watch this space: Patterson thinks the plunge in the price of bitcoin, which many enthusiasts think of as “digital gold,” may have played a small role in the metal’s recent rise. But most analysts agree the impact was probably limited.
“We believe most of the move up in gold can be attributed to falling US real rates, rather than speculative drivers such as rotation out of volatile crypto assets,” UBS told clients this week.

China’s decision to allow families to have three children could produce a windfall for makers of strollers, car seats and baby formula. At least, that’s what investors think.
Stocks tied to baby products and maternity services soared in mainland China and Hong Kong on Monday after the Chinese government announced a major change to its family planning policy as the country tries to avert a demographic crisis.
Shares of Goodbaby, which makes children’s products, jumped 31% in Hong Kong. Suzhou Basecare Medical Co., which offers genetic testing for couples looking to undergo IVF, rose 15%.
Jinxin Fertility Group, which provides assisted reproductive services, gained nearly 18%, while Aidigong Maternal & Child Health, which offers maternity health services, increased 22%.
Beingmate, a major infant formula manufacturer, climbed 8% in Shenzhen. Goldlok Holdings, which makes electric trains and dolls, leaped 10%.
The latest: Goodbaby, Basecare and Jinxin Fertility Group fell back sharply on Tuesday, while Aidigong Maternal & Child Health, Beingmate and Goldlok extended gains.
Big picture: Beijing is increasingly worried that a declining birth rate will weigh on the country’s economy, which relies on a young workforce to support an aging population and keep up high levels of growth. But the policy shift may not fix the problem as more young people question whether they really want to start families.