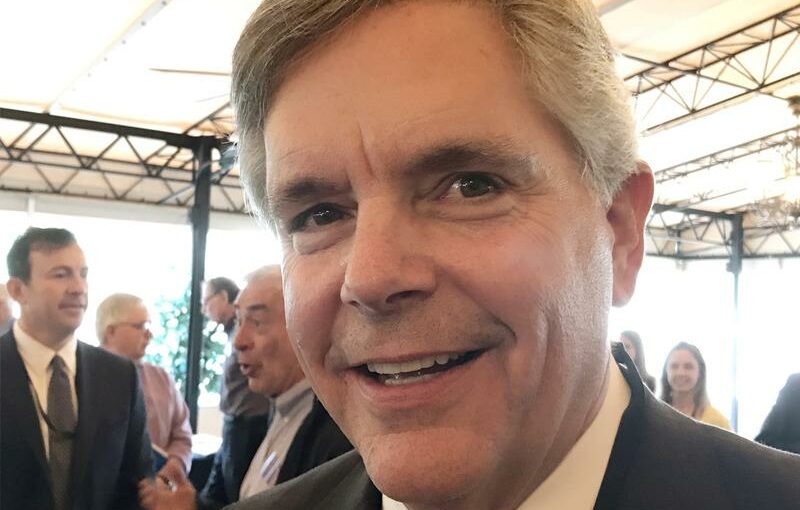 NEW YORK/CHICAGO (Reuters) -General Electric Co shareholders rejected top executives’ compensation packages, including a payout of as much as $230 million to CEO Larry Culp, at the industrial conglomerate’s annual shareholder meeting on Tuesday.

While the shareholder vote was non-binding, the move was a rare rebuke of a major corporation’s handling of its executive pay.

It comes after GE laid off 20,000 workers last year. It is set to embolden corporate governance reform advocates who have criticized the shielding of CEOs from the financial fallout of the COVID-19 pandemic and the cost cuts companies often choose to implement.

As part of an extension of Culp’s employment contract to 2024, GE last August canceled old shares given to him and granted him new shares tied to lower financial targets.

Proxy advisory firms, Institutional Shareholder Services Inc (ISS) and Glass Lewis, opposed the pay packages, arguing that lowering the bar on the performance targets was unjustified and the stock award too generous. GE countered that the uncertainty of the pandemic made it difficult to incentivize Culp without lowering his performance targets, and that an extension of his contract with a new stock award was needed because the company’s turnaround would take longer than expected.

Some 57.7% of GE shareholders rejected the executive pay packages, according to preliminary results.

GE said in a statement that it will gather feedback from investors and will evaluate its executive compensation program moving forward. Its shares, which have gained about 140% since last May, closed down about 2.5% at $13.12.

Culp, the first company outsider to lead GE, did not comment on the vote outcome.

IUE-CWA, the industrial division of the Communication Workers of America that represents GE’s workers, cheered the thumbs-down from shareholders. Ahead of the vote, the union members staged a protest outside the company’s headquarters in Boston.

“We need GE to invest in America, not just one top executive,” said Carl Kennebrew, national president of IUE-CWA. “We are glad that shareholders are starting to see it the same way.”

START OF A TREND?

At least four other S&P 500 companies who have disclosed shareholder vote tallies with regulators have been defeated over executive pay so far this year through the end of April; International Business Machines Corp, Starbucks Corp, Walgreens Boots Alliance Inc and TransDigm Group Inc, according to compensation consultant Farient Advisors LLC, which looked at companies that have reported this year and last. Only one company, Qualcomm Inc, had its executive pay rejected by shareholders at this point in 2020, according to Farient.

GE said in its statement that its board remained confident in Culp and his team. The company, however, did not say whether it would change the executive compensation as a result of the vote.

Losing the shareholder vote can put pressure on corporate boards and executives to negotiate new pay deals. Two years ago, Walt Disney Co renegotiated the compensation of its chief executive at the time, Bob Iger, to toughen his performance targets after shareholders voted down his pay.

GE has had to grapple with crushing debt levels and operating challenges, particularly in its power business.

Culp said at the shareholder meeting that the company currently has no plans to increase its dividend or bump up payments to retirees as it is “focused on a multi-year transformation, the deleveraging and delivering profitable growth over time.”

Since taking the reins in 2018, Culp has sold assets to repair GE’s balance sheet, including a $30 billion deal to merge the company’s jet-leasing unit with Ireland’s AerCap.

The industrial conglomerate now expects to reduce overall debt by $95 billion by 2023.

He has also been implementing lean-manufacturing practices aimed at eliminating waste and building profit margins.