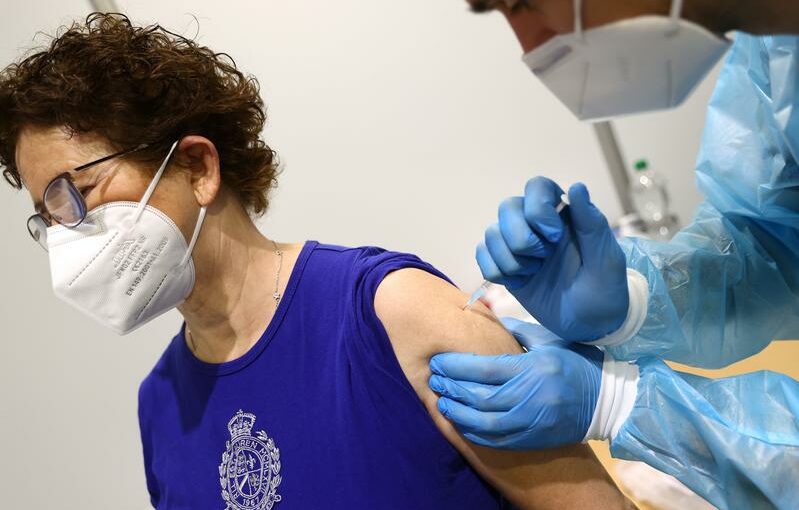 FILE PHOTO: A woman gets her AstraZeneca COVID-19 vaccine at the local vaccination centre as the spread of the coronavirus disease (COVID-19) continues in Hagen, Germany, March 19, 2021. REUTERS/Kai Pfaffenbach

BERLIN (Reuters) – Germany’s vaccine regulator said on Tuesday it has recorded 31 cases of a rare blood clot in the brain, nine of which resulted in deaths, after people received a COVID-19 vaccine from AstraZeneca.

The Paul Ehrlich Institute (PEI) said it has now registered 31 cases of clots in the cerebral veins – known as sinus vein thrombosis, or CSVT – and that in 19 of these there was a deficiency of blood platelets or thrombocytepenia.

In nine cases, the affected people died. With the exception of two cases, all reports concerned women between the ages of 20 and 63. The two men were 36 and 57 years old.