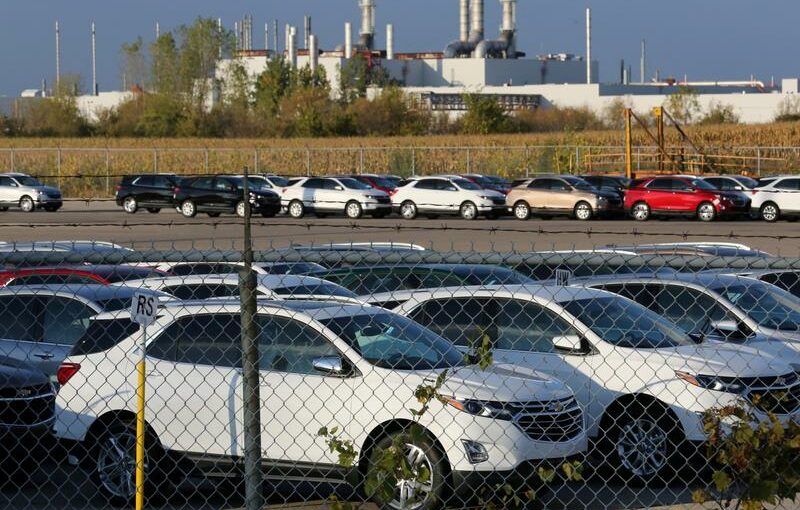 (Reuters) -General Motors Co is extending production cuts at some of its North America factories due to a chip shortage that has roiled the global automotive industry, the U.S. carmaker said on Thursday.

The move’s impact has been baked into GM’s prior forecast that the shortage could shave up to $2 billion off this year’s profit.

GM’s Lansing Grand River assembly in Michigan will extend its downtime through the week of April 26.

The plant makes Chevrolet Camaro sports car and Cadillac CT4 and CT5 sedans. It has been out of action since March 15.

The company said it has not taken downtime or reduced shifts at any of its more profitable full-size truck or full-size SUV plants due to the shortage.

The news was first reported by CNBC.

Following are GM’s assembly plants impacted by the semiconductor shortage as of April 8:

CAMI Assembly in Builds the Down since Feb. 8

Ingersoll, Ontario Chevrolet through the week

Fairfax Assembly in Builds the Down since Feb. 8

Kansas Chevrolet through the week

Malibu and of May 10

Lansing Grand River Builds the Down since March

Assembly in Chevrolet 15 through the

Michigan Camaro and week of April 26

Spring Hill in Builds the Down the weeks of

Lansing Delta Builds the Down the week of

Blazer the week of April

Chevrolet Onix for the months of

Bupyeong 2 Assembly Builds the Operating at half

in Korea Chevrolet Trax, capacity since