Home » Markets » Here Are the 5 Biggest Short Sellers of Amazon 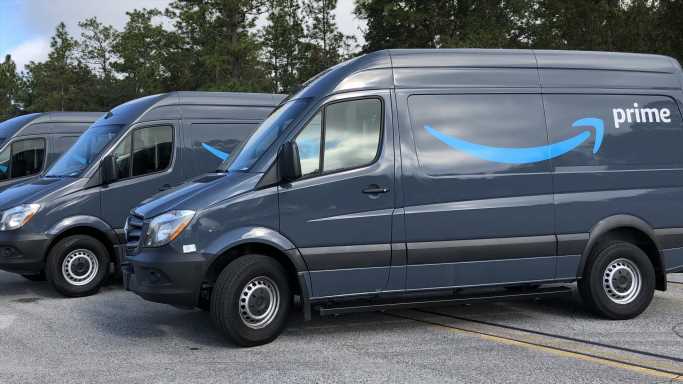 The shorts profited from the share drops and continue to benefit from headline pressures like inflation, job cuts, and tightened capital spending. Several recent reports have suggested Amazon would cut 10,000 jobs. That number quickly grew to 20,000 in more recent reports, proving that e-commerce is not immune to macroeconomic volatility roiling the global economy.

Adding to the pressure, the company also delivered financial projections that disappointed analysts. Amazon fell about 30% and below $100 a share in the two weeks after the earnings report.

Fintel identifies which funds and institutional investors have the most significant net long and short positions in the market. The list for AMZN can be found here.

The funds with the largest net short positions include:

Millennium Management LLC holds the largest Amazon short position, valued at $672.52 million. Millennium is a New York based multi-strategy alternative asset hedge fund manager with over $150 billion in assets under management, according to the most recent 13F filing. Israel Englander founded the firm in 1989.

The chart included to the right shows Millennium’s options exposure in AMZN over the last 5+ years. The chart illustrates the significant bearish positions initiated over 2022.

New York based investment management firm D.E. Shaw & Co. Inc, with about $80 billion in assets under management, owns the second largest Amazon short position, worth about $423.39 million. David Shaw founded the firm in New York in 1988.

Twin Tree Capital Management LP is third on the list, with a net short value of $231.32 million. Twin Tree Capital is an alternative investment management firm focused on equity volatility based in Dallas. Micahel Presley founded the firm in 2009.

Group One Trading makes the list and is short about $219.9 million. John Kinahan runs the Chicago and New York based trading firm founded in 1989.

CMT Capital Markets Trading has a net short exposure of -$103.71 million. CMT is a trading and financial services firm founded in 1997 and based in Chicago. Scott Casto and Jan-Dirk Lueders founded the firm.

Institutional owners on the register for Amazon declined -0.41% during the quarter to 5,848.

The average portfolio allocation increased by 10.36% to 2.36% for the remaining institutions.

Total AMZN shares held by institutions increased by 6.04% during the quarter to 6.72 billion.

The statistics contribute to a bullish fund sentiment score of 73.98, ranking AMZN in the top 12% of 35,716 screened global securities.

This article originally appeared on Fintel