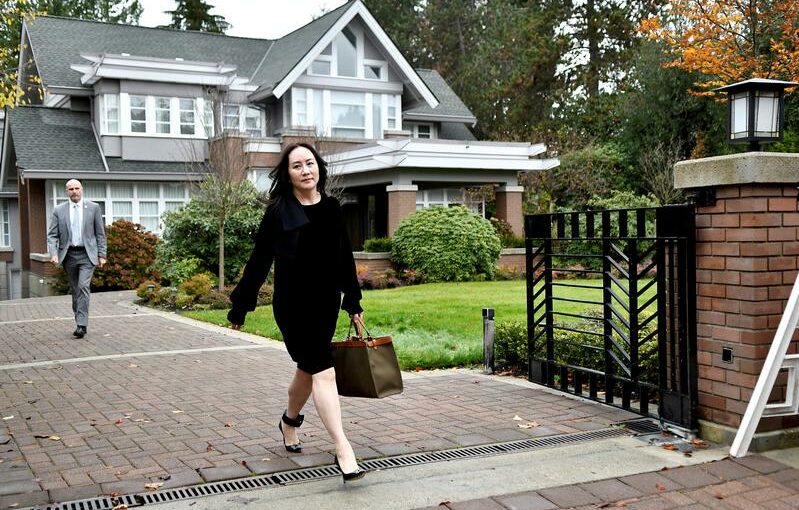 (Reuters) – Lawyers for Huawei Chief Financial Officer Meng Wanzhou argued in a court on Tuesday to let her leave home without the security detail that was a condition of her bail since she was released after her December 2018 arrest.

Meng’s husband, Liu Xiaozong, gave an affidavit citing the negative impacts his wife’s bail conditions have had on her and their family.

Meng, 48, was detained at the Vancouver International Airport two years ago by Canadian authorities acting on a U.S. arrest warrant. She faces charges in the United States of bank fraud for allegedly misleading HSBC bank about Huawei’s business dealings in Iran, causing the bank to break U.S. sanctions.

She has said she is innocent and is fighting extradition.

“Allowing her to leave without her being in a vehicle or followed by Lionsgate Management (the security company) is the essence of our application,” defense lawyer Bill Smart said.

Beijing detained two Canadians soon after Meng’s arrest and has held them in prison for over two years, permitting them to see diplomatic representatives only rarely and subjecting them to interrogations.

Meng has been under house arrest after being released from jail on a C$10 million ($7.9 million) bail. She is permitted to leave home between 6 a.m. and 11 p.m. and pays for a round-the-clock security detail and wears a GPS tracking anklet.

Restrictions intended to limit the spread of COVID-19 are made “even more challenging due to the added presence of Lionsgate personnel,” Liu added, stating that he believed his wife was at increased risk of the virus due to various surgeries in the past.

Prosecutors for the Canadian government will cross-examine Liu on Tuesday.

The Canadian government said in statement on Monday there was no reason to vary the conditions at this time. The bail hearing is set to finish on Wednesday.