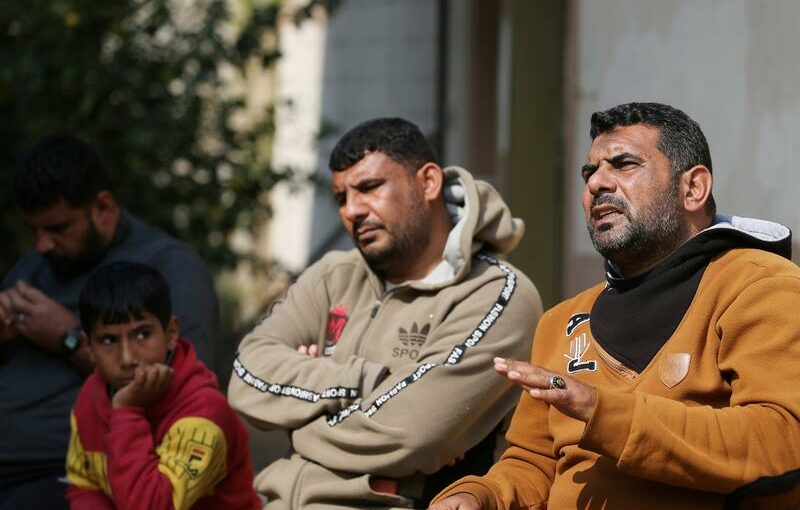 JERUSALEM/GAZA (Reuters) – Many Palestinians see a ruling by the International Criminal Court that it has jurisdiction over the Palestinian territories as a belated chance of justice for victims of Israeli attacks.

But for many Israelis, Friday’s ruling is worrying because they say they are the “good guys” defending themselves against Palestinian violence.

The ruling, delivered by a pre-trial chamber of three ICC judges, could lead to criminal investigations of Israel and Palestinian militant groups including Hamas. No probe was expected in the near future, however.

ICC prosecutor Fatou Bensouda said she would now examine the decision and pointed to the 2014 Gaza war between Israel and militant groups in Hamas-controlled Gaza, the 2018 Gaza border protests and Israeli settlements in occupied territory.

In Khan Younis in Gaza, Palestinian Tawfiq Abu Jama said 24 members of his extended family had been killed in an Israeli air strike during the seven-week conflict in 2014 – in which the dead included more 2,100 Palestinians, many of them civilians, as well as 67 Israeli soldiers and six Israeli civilians.

Abu Jama said he regarded the ICC decision as “possible justice that came late and better than never … we don’t trust Israeli courts.”

An investigation into the Khan Younis strike, carried out by the Israeli military’s judicial arm, concluded that it was lawful, and had targeted a militant.

On the Israeli side of the border, Israeli Gadi Yarkoni, who lost both his legs in a Palestinian mortar bomb attack during the same war, said he was angered by the ruling.

“We are the good guys here, we don’t fire in order to kill innocent children but they fire at us in order to kill civilians,” said Yarkoni, who is head of the Eshkol Regional Council, bordering Gaza. “I weep for every civilian killed in Gaza and the West Bank but we are defending our borders.”

The two sides agreed on one thing – neither expects a swift outcome from the ICC.

An Israeli official who requested anonymity said “it’s not like arrest warrants are going to be issued tomorrow morning,” adding that Israel would coordinate steps with Washington over the court’s ruling.

The official described the ruling as political.

“The road to actual justice is a long one, for the ICC will undoubtedly face political pressure not to proceed,” Buttu said.

She said it was not the first time an international court had declared Israeli acts illegal, and previously “the world did nothing in response.”

The ICC decision was just three weeks the end of Donald Trump’s presidency, during which the United States imposed sanctions on two ICC officials, including Bensouda.

Israeli Prime Minister Benjamin Netanyahu said Friday’s ruling was anti-Semitic and that Israel would “fight this perversion of justice with all our might.”

Palestinian Foreign Affairs Minister Riyad al-Maliki said it was an “historic day” and that Israel had previously been treated “above the law.”

But Palestinians are not exempt from the court’s scrutiny. Hamas, designated by Israel and the West as a terrorist organisation, has been accused of intentionally attacking civilians and using Palestinian civilians as human shields.

But a Hamas official in Gaza welcomed the ruling and said it did not fear investigation.

“Hamas resistance and the resistance of the Palestinian people is legitimate and consistent with International Humanitarian law,” said spokesman Hazem Qassem.

The Israeli military (IDF) said it regretted the ICC ruling and would continue to defend the security of Israel and its citizens “while adhering fully to the IDF Code of Ethics, the values of the IDF, and national and international law.”