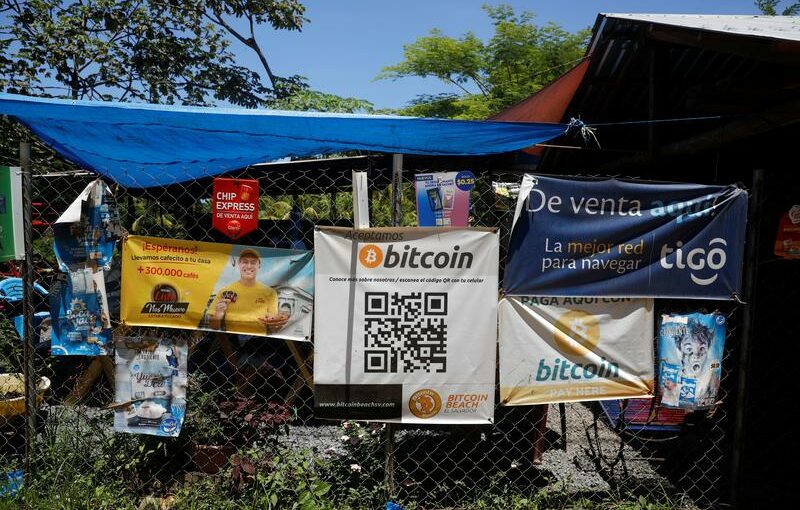 SAN SALVADOR (Reuters) -El Salvador has become the first country in the world to adopt bitcoin as legal tender after Congress approved President Nayib Bukele’s proposal to embrace the cryptocurrency.

With 62 out of 84 possible votes, lawmakers voted in favor of the move to create a law to adopt bitcoin, despite concern about the potential impact on El Salvador’s program with the International Monetary Fund.

Bukele has touted the use of bitcoin for its potential to help Salvadorans living abroad to send remittances back home, while saying the U.S. dollar will also continue as legal tender.

“It will bring financial inclusion, investment, tourism, innovation and economic development for our country,” Bukele said in a tweet shortly before the vote in Congress, which is controlled by his party and allies.

The use of bitcoin will be optional for individuals and would not bring risks to users, Bukele said. The government will guarantee convertibility to dollars at the time of transaction through a trust created at the country’s development bank BANDESAL.

Its use as legal tender will go into law in 90 days, with the bitcoin-dollar exchange rate set by the market.

Under the law, bitcoin must be accepted by firms when offered as payment for goods and services. Tax contributions can also be paid in bitcoin.

Analysts have said the move could complicate talks with the IMF, where El Salvador seeks a more than $1 billion program.

“The market will now be focused on adoption through El Salvador and whether other nations follow,” said Richard Galvin of crypto fund Digital Asset Capital Management. “This could be a key catalyst for bitcoin over the next two to three years.”

El Salvador’s dollarized economy relies heavily on money sent back from workers abroad. World Bank data showed remittances to the country made up nearly $6 billion or around a fifth of GDP in 2019, one of the highest ratios in the world.

It was not immediately clear what proportion of remittances sent to El Salvador are in the form of bitcoin.

The cryptocurrency offers, in theory, a quick and cheap way to send money across borders without relying on remittance firms typically used for such transactions.

Still, the cryptocurrency’s use for remittances globally is patchy. Converting local currencies to and from bitcoin often relies on informal brokers. Prices are volatile, and buying and selling is a complex process that demands technical knowledge.

El Salvador will “promote the necessary training and mechanisms so that the population can access bitcoin transactions,” according to the law.