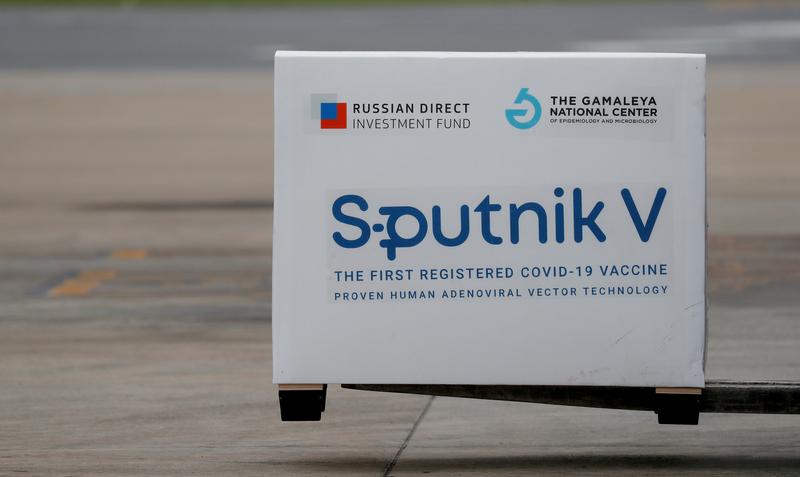 FILE PHOTO: A shipment of doses of the Sputnik V (Gam-COVID-Vac) vaccine against the coronavirus disease (COVID-19) is seen after arriving at Ezeiza International Airport, in Buenos Aires, Argentina January 28, 2021. REUTERS/Agustin Marcarian/File Photo

BENGALURU (Reuters) – Indian drugmaker Strides Pharma Science said on Friday its unit Stelis Biopharma has partnered with Russia’s sovereign fund to make at least 200 million doses of the Sputnik V COVID-19 vaccine, bringing India’s total production of the shot to over half a billion doses.

Stelis’ pact with the Russian Direct Investment Fund (RDIF) follows similar deals struck by Indian pharmaceutical firms Gland Pharma and Hetero to make millions of doses of the vaccine, which has proven to be 91.6% effective against COVID-19.

India has now become one of the biggest producers of Sputnik V outside of Russia. Other countries that are producing it include South Korea, Brazil and China.

Stelis and the RDIF intend to start supplies of the vaccine doses in the third quarter of this year, Strides Pharma said in a statement. There were no specific details on which countries the doses would be supplied.

Sputnik V, developed by Moscow’s Gamaleya Institute, has been approved in 22 countries, with the RDIF signing supply deals with over 13 countries.

India, the world’s biggest vaccine maker, has so far given emergency use approval to AstraZeneca Plc’s shot and a homegrown vaccine made by Bharat Biotech.

(Corrects figure in paragraph 1 to “half a billion”, from “half a million”)