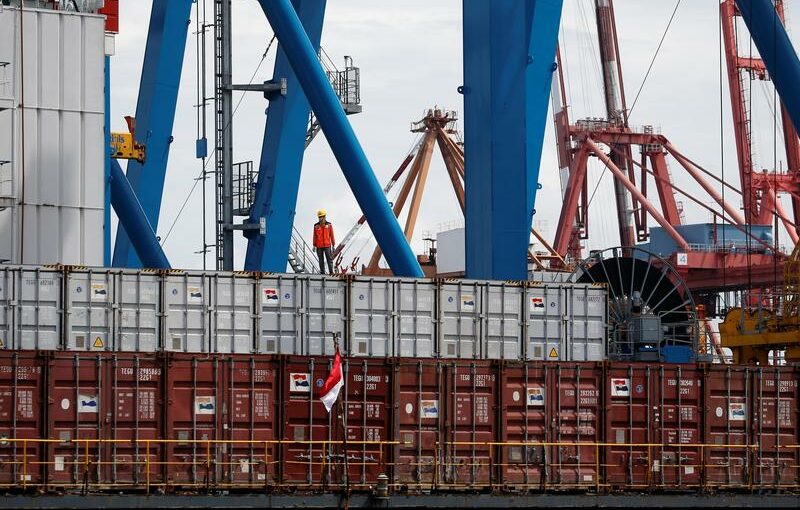 JAKARTA (Reuters) – Indonesia is expected to post its biggest trade surplus in six months of $2.3 billion in May, with exports and imports seen surging amid high commodity prices and a global trade recovery, a Reuters poll showed on Friday.

Southeast Asia’s biggest economy has recorded a trade surplus every month since May 2020 as shipments were boosted by the high commodity prices and as trade partners eased coronavirus-related restrictions, while import recovery was slower due weak domestic demand.

Eleven economists in the poll expected exports to jump 57.49% on a yearly basis in May, outpacing the April’s rise of 51.94%, while imports were seen leaping 65% in May, against the previous month’s 29.93% rise.

“This high increases tend to be caused by the low base effect in the past year because last year’s trading volume was very low at the beginning of the pandemic,” said Josua Pardede, an economist with Bank Permata.

Josua predicted the resource-rich country will continue to post trade surpluses for some time on the back of high commodity prices.