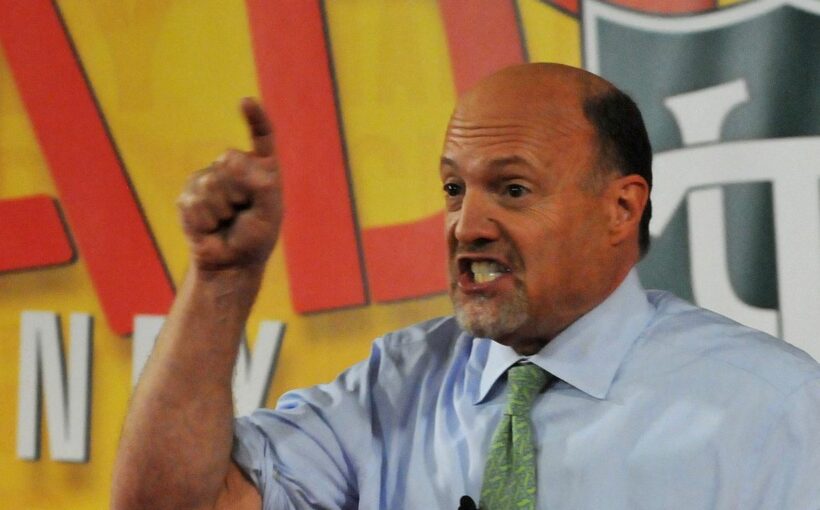 The S&P 500 and Nasdaq pulled back on Thursday, while the Dow Jones industrial average cruised higher. Tech stocks were hit in the session as well, even with the 10-year bond yield dropping over 4% to below 1.3%. A few theories are swirling around the market about where it could go from here. All this makes for a stock picker’s market, and who better to pick these stocks than CNBC’s Jim Cramer.

Cramer has been a force in the market for years, dishing out advice and analysis to savvy investors. He makes no bones about how he encounters the market with well-founded technical and fundamental analysis at a level to which many a trader and investor aspire.

It is no secret that Cramer has not just been a fount of breaking news surrounding everyone’s favorite stocks and companies, but he also actively engages and encourages more people to get their money to work for them via smart investing. With the recent surge in meme stocks and interest in cryptocurrencies, Cramer has shifted and grown with the times. He even has investment strategies on the cutting edge.

Cramer has maintained a popular show on CNBC for years now. Many people watch Mad Money to make sense of the daily market moves. He also runs the popular finance website TheStreet.com. Furthermore, you can see him make cameos on other shows over the course of the trading day on CNBC. When not on the air, you can find him on Twitter, dishing out even more knowledge.

24/7 Wall St. has compiled and distilled some of Cramer’s top picks and analysis here.

Cramer opened up Mad Money on Thursday talking about theories on where the markets could go from here. He previously said that investors are missing the forest for the trees, instead focusing on the economy rather than the fundamentals of supply and demand.

Many investors are taking their cues from the bond markets, and there are a few theories as to why bond yields are dropping. “Is it because our rates are better than the rest of the world? Is it because Federal Reserve chairman Jay Powell is right and inflation is only transitory? Or is it because we’re about to see a slowdown in our economy.”

While Cramer does believe Powell about inflation, it’s hard to explain the action in the bond market. Instead, Cramer points to supply and demand.

He noted that for months now the markets have been flooded with new offerings like IPOs and SPACs, and the market has struggled to absorb them all. However, eventually supply outstrips demand and prices drop, just as they are doing now. To put it simply, there’s not enough cash to buy everything.

Cramer started off the Lightning Round with Rio Tinto PLC (NYSE: RIO): “I think Rio Tinto is actually a good company. Now, you do need a stronger economy than we have, but it’s well run. I’d like you to hold on to it.”

Jimmy Chill laid out the case for QuantumScape Corp. (NYSE: QS): “The reason why it’s been going down, frankly, is there’s people at other companies, notably Ford, that think they have a better battery. So, what it’s really going down about is not that the battery doesn’t work, but that there are other companies with better batteries, and I’m beginning to believe that is the case.”

On VMware Inc. (NYSE: VMW), he said, “I’d rather own Dell than I would VMware because of the change in the structure.”

Cramer ended the segment with Veru Inc. (NASDAQ: VERU): “They’ve got to show the better data. They’ve got to go out of stage 2 and into stage 3. If the stage 3 is good as stage 2 for a lot of what they’re doing in cancer, then I think the stock goes much higher.”

ALSO READ: 5 Ultra-Safe Dividend Stocks to Buy Now as a Market Correction May Have Started