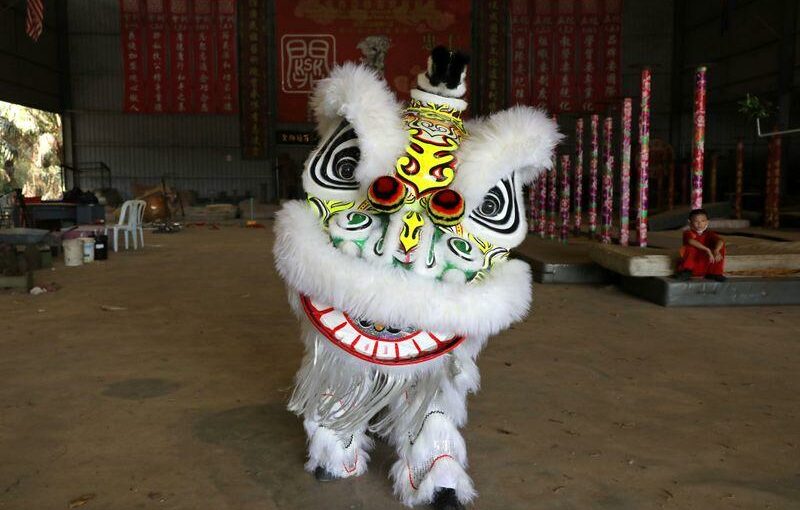 MUAR, Malaysia (Reuters) – During normal Lunar New Year celebrations, one of Malaysia’s leading lion dance troupes puts on gravity-defying performances by leaping in full costume between poles, to the beat of drums and crashing of cymbals and gongs.

The traditional Chinese lion dance has long been part of the festivities in the southeast Asian nation, but this year the Kun Seng Keng Lion & Dragon Dance Association has been brought down to earth with such public spectacles halted by the pandemic.

“We are badly affected because, as a lion dance troupe, our main income comes from Lunar New Year, which helps to cover our expenses for the year,” the group’s deputy, Lim Wei Khang, told Reuters.

“But, given the pandemic is bad and the government has banned the lion dance, we will heed its advice and hope for a better next year.”

Malaysia managed to rein in the virus for much of last year, but recent months have seen a spike in cases, with more than 240,000 infections and 872 deaths.

Chinese are Malaysia’s largest ethnic minority, making up just over a fifth of its 32 million people, and the Lunar New Year holidays are one of the country’s biggest holidays.

But the government said on Sunday that only up to 15 family members within a radius of 10 km (6 miles) can gather for traditional reunion dinners.

“If the pandemic continues for another one or two years, I hope the government and private sectors will support the Chinese culture,” said instructor and troupe head Tang Puay Sen.

“We need to stay optimistic because the movement control order is good for our family, our troupe members, and for everyone,” added Tang, saying he hoped the troupe could still perform later this year.

“Once the pandemic is over, every day is New Year.”