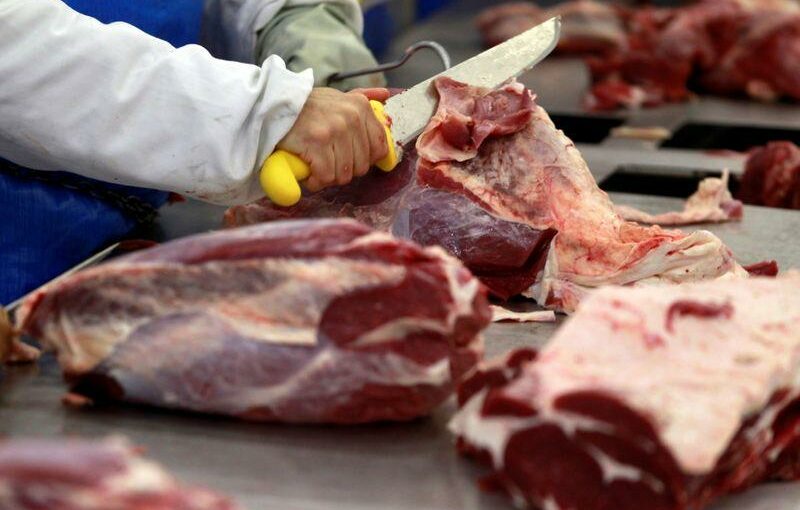 SAO PAULO (Reuters) – Brazilian beef producer Marfrig Global Foods SA tried to acquire control of rival Minerva SA before it announced late on Friday it had bought a stake in poultry and pork processor BRF SA, a person with knowledge of the matter told Reuters on Monday.

The source, who requested anonymity to disclose private discussions, said the talks were interrupted last week, after Marfrig took the stake in BRF, due to concerns about potential problems with Brazilian antitrust agency CADE.

Still, the takeover talks between Marfrig and Minerva, which both focus on beef production, cast new light on Marfrig founder Marcos Molina’s insistence that the BRF deal is simply a passive investing strategy aimed at diversifying his protein portfolio.

The earlier talks between Marfrig and Minerva were first reported by financial blog Brazil Journal on Monday. Minerva shares were up 2% in early afternoon trading in Sao Paulo.

Marfrig revealed on Friday it bought a 24% stake in poultry and pork processor BRF, but said it will keep it as a passive investment at least for this year.

In an interview published by Brazilian newspaper Valor Economico on Monday, Molina, the controlling shareholder in Marfrig, said he may seek to obtain a board seat at next year’s BRF shareholder meeting, but that he will not push for representation now.

Molina also said his intention is not to merge the companies and that the acquisition of the estimated $800 million stake in BRF would be paid by Marfrig’s cash flow.

Marfrig confirmed to Reuters Molina’s remarks to the paper.

Common shares of Marfrig were down 3% and BRF shares fell 2% in early afternoon trading in Sao Paulo.

Although Marfrig is now focused solely on producing beef, it formerly owned pork and chicken plants that sold products under the Seara brand in Brazil until 2013, when it sold to them to rival JBS SA to reduce debt.

“In our conversations with investors, part of them showed skepticism toward Marfrig’s investment in BRF, given its track record with Seara,” Credit Suisse analysts Victor Saragiotto and Felipe Vieira wrote in a note to clients on Monday.