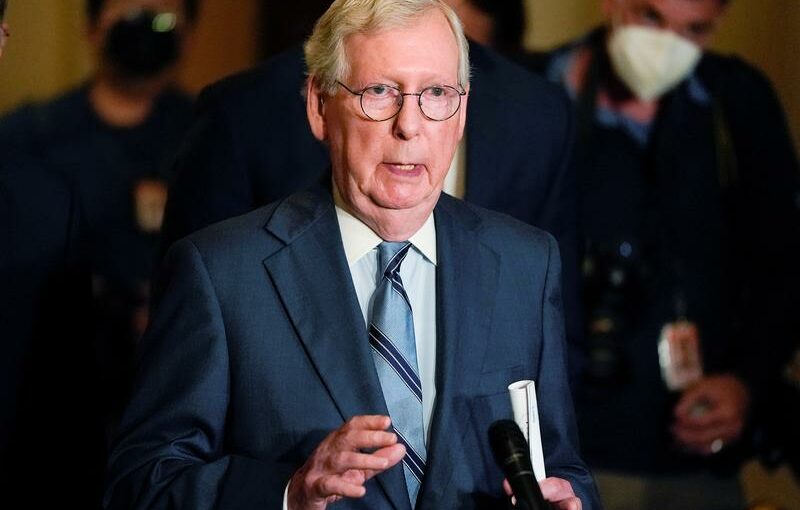 WASHINGTON (Reuters) – One day after the Senate approved a temporary lift to the U.S. debt ceiling, Senate Republican Leader Mitch McConnell wrote in a letter to President Joe Biden that he would not aid Democrats again in raising the debt limit.

Following weeks of partisan fighting, the Senate approved here the short-term fix that will allow the United States to avoid defaulting on its bills in a 50-48 vote on Thursday evening. The House will vote on the measure on Tuesday.

Congress will need to find a longer-term solution in December. But McConnell has said the reprieve would give Democrats enough time to raise the debt ceiling through a procedural move known as reconciliation, which Democrats have rejected as an option for lifting the cap.

In his letter to Biden, McConnell referenced comments on the Senate floor on Thursday by Democratic leader Chuck Schumer, who said Republicans had played a “dangerous and risky partisan game.”

“I am writing to make it clear that in light of Senator Schumer’s hysterics and my grave concerns about the ways that another vast, reckless, partisan spending bill would hurt Americans and help China, I will not be a party to any future effort to mitigate the consequences of Democratic mismanagement,” McConnell wrote.