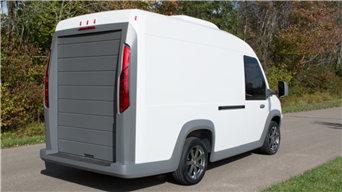 In the noon hour Thursday, the major indexes traded higher by about a third to a half of a percentage point. Trading volume was lower than average, with advancers getting more action the decliners more than 2 to 1, and new 52-week highs far outpacing new lows. Weekly new claims for unemployment benefits came in at 340,000, lower than both the consensus estimate and last week’s total. Nonfarm payrolls are due Friday morning, and the consensus estimate calls for 750,000 new jobs, down sharply from last month’s total of 943,000.

The leading gainer in the noon hour Thursday among our meme stock portfolio was Meta Materials Inc. (NASDAQ: MMAT). The company had no news, but CEO George Palakiris continues to delight some retail investors with his tweets. For some stocks, that’s all there its and it’s enough.

Another of the day’s gainers was Virgin Galactic Holdings Inc. (NYSE: SPCE), despite a Federal Aviation Administration investigation into a deviation from the flight path of the space flight that carried Richard Branson into space. The company was able to deflect some of the weight such an investigation typically brings by announcing a crewed mission for later this month or in October to study the effects on the human body of “the transitional phase from gravity to microgravity.”

Thursday’s big loser thus far was Vinco Ventures Inc. (NASDAQ: BBIG). The company had no news but traded down in Thursday’s premarket after posting a double-digit gain on Wednesday. This stock was moving (mostly higher) thanks to a short squeeze.

Workhorse Group Inc. (NASDAQ: WKHS) traded somewhat higher Thursday, despite a revelation Wednesday from a short seller that an SEC investigation into the company is continuing. Short seller Fuzzy Panda Research also alleged in a letter to new Workhorse CEO Richard Dauch that the company, under former CEO Steve Burns, did not have deposits or purchase orders for the backlog Workhorse claimed.