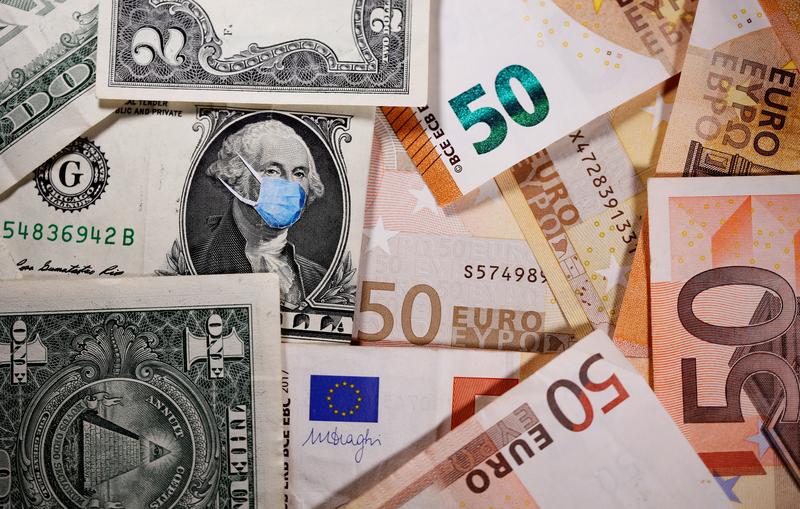 LONDON (Reuters) – Judging by trading in U.S. money markets, investors are starting to ramp up expectations for a rise in U.S. interest rates by the second half of 2023 on the prospects of more fiscal stimulus and higher inflation.

FILE PHOTO: George Washington is seen with printed medical masks on the one Dollar near Euro banknotes in this illustration taken, March 31, 2020. REUTERS/Dado Ruvic/Illustration/File Photo

Eurodollar futures contracts maturing in September 2023 on Monday were pricing more than one rate hike by the U.S. Federal Reserve by then, compared with barely one increase last week.

“Markets are now definitely pricing in rate hikes by the second half of 2023, but the time frame is a long way away and it will keep shifting, especially if the U.S. continues to lose jobs as they did in December,” said Kenneth Broux, a strategist at Societe Generale in London.

Rising expectations for tighter U.S. monetary policy followed the rollout of COVID-19 vaccines in the world’s biggest economy and after Democrat Joe Biden won the U.S. presidential elections in November.

Eurodollar futures maturing in September 2023 now expect as much as 40 basis points in cumulative rate increases by then, compared with 30 bps at the start of last week.

The futures are a bet on the direction of the short-term London interbank offered rate (LIBOR), one of the most widely used interest rate benchmarks in global financial markets. Investors hedge interest rate risk in the eurodollar market.

While money markets expect U.S. interest rates to remain near record lows until the middle of next year, Morgan Stanley strategists expect the Fed to start winding down its asset-purchase program by January 2022.

Federal Reserve Vice Chair Richard Clarida said last week the U.S. economy was headed for an “impressive” year and the central bank’s support for the economy would remain in high gear.