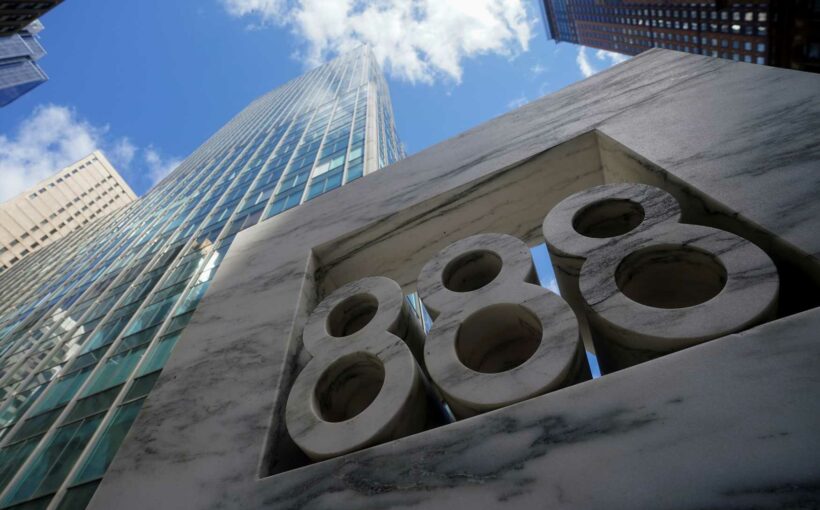 Morgan Stanley and Goldman Sachs, two of the firms at the center of the Archegos Capital Management unwinding, played a variety of roles before, during and after the margin call.

That is raising questions about whether the firms should have had a compliance function to intervene in their potentially conflicting roles in the same stock.

One of the key triggers that led to the unwinding of Archegos was a tepid market response for a multibillion-dollar ViacomCBS secondary offering last Wednesday.

While certain bankers at Morgan Stanley and Goldman Sachs were pitching that deal to investors, some of their peers in the prime brokerage division were growing increasingly concerned about the risk profile of one of their clients, a family office called Archegos, which had large, leveraged exposure to ViacomCBS.

Following a 23% decline by ViacomCBS amid the secondary offering, Goldman Sachs, Morgan Stanley and a slew of other banks across Wall Street, triggered a margin call on Archegos.

This prompted the two giant investment banks to seize Archegos' assets, including billions of dollars' worth of ViacomCBS stock, and sell it off through heavily discounted block trades. The move created significant pressure on the B shares of ViacomCBS, which plummeted 27% on Friday and another 7% the following Monday.

Still, the timing of the events is raising questions over who at the firms knew what and when, amid the demise of Archegos and the collateral damage in several stocks, including ViacomCBS.

Goldman Sachs spokesperson Maeve Duvally said, "There are strong informational barriers between the parts of the firm that manage capital raising for corporate clients and our relationships with institutional investors." Morgan Stanley declined to comment.

"There's definitely the potential for a conflict," said Harvey Pitt, former chairman of the Securities and Exchange Commission. "The fact that if there were sufficient leverage issues raised that it could promote selling and selling pressure and indeed force the selling pressure, makes it very real that the potential for a conflict was always present."

The company sought to capitalize on its elevated share price to sell $3 billion worth of stock into the market; the underwriters hawking the stock included Morgan Stanley and JPMorgan as lead bookrunners, along with Citigroup, Goldman Sachs, Mizuho and others serving in a more passive capacity.

Those banks faced a tepid response from the market, pricing 20 million Class B shares at $85 each and another 10 million convertible preferred shares at $100 each on March 24. The stock declined on news of the placement, and that move was one of the main catalysts that led to increased calls for collateral from Archegos, according to sources close to the matter.

The family office was extremely leveraged to a long position in ViacomCBS and therefore, was open to pressure from even slight declines in the stock price.

Investors who bought ViacomCBS at $85 saw those shares worth $48 just days later.

Early on March 26, just two days after the secondary, the Archegos-related block sales began. The first batch was through Goldman Sachs, which offered discounted shares in Baidu, Tencent Music and Vipshop, people familiar with the trades said.

Then, the firm unloaded about $1.7 billion worth of Viacom midday — 35 million shares, priced at $48 each, said the people, who asked not to be named. That represented a 44% discount to the secondary sale just two days prior.

Meanwhile, Morgan Stanley was busy offering blocks of its own that day, in names like Discovery, Shopify and Farfetch. The firm's Viacom share sale — a similar size to Goldman's — was sold two days later, on Sunday evening.

The banks — specifically, Morgan Stanley and Goldman Sachs — which were able to quickly exit those positions that they subsumed from liquidating Archegos came out of the event relatively unscathed.

Those who had reportedly slower responses could be facing billions of dollars in losses. A JPMorgan note estimated global losses for firms exposed to Archegos could be a combined $10 billion, with Nomura and Credit Suisse facing the bulk of the impact.

Both Nomura and Credit Suisse shares plummeted about 19% since they each announced they'd face significant losses from the event. Shares of Morgan Stanley and Goldman Sachs are little changed over that same time period.

— With reporting from CNBC's Dawn Giel and Ritika Shah.