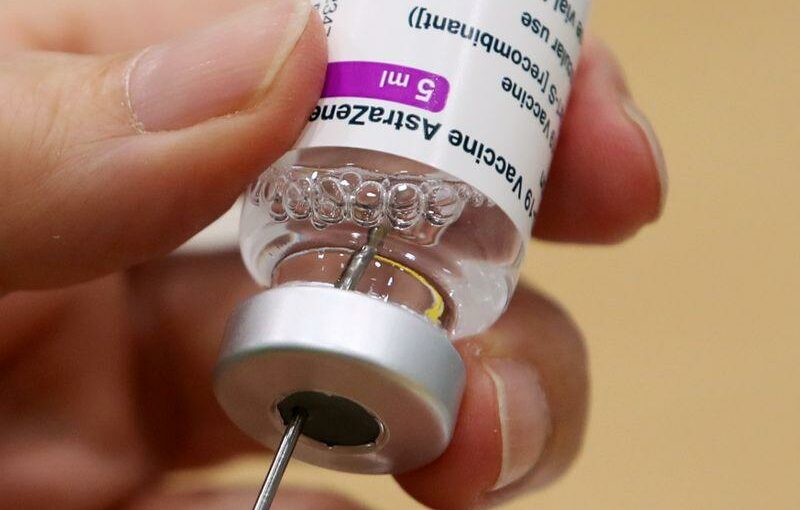 AMSTERDAM (Reuters) -The Netherlands on Friday temporarily suspended use of the AstraZeneca COVID-19 vaccine for people under 60 following the death of a woman who had received a shot, the Health Ministry said.

About 10,000 scheduled appointments for vaccinations were to be scrapped as a result of the decision, news agency ANP reported.

The decision was made following new reports from medicine monitoring agency Lareb and discussions with health authorities, a Health Ministry statement said.

AstraZeneca said it was working with Dutch authorities to address any questions they had.

“Authorities in the UK, European Union, the World Health Organization have concluded that the benefits of using our vaccine to protect people from this deadly virus significantly outweigh the risks across all adult age groups,” it said.

Dutch agency Lareb, which tracks medication side effects, said earlier on Friday that it has received five reports of extensive thrombosis with low platelet counts after vaccinations with the AstraZeneca vaccine, including in a woman who died.

Lareb said the events had occurred 7 to 10 days after vaccination.

“These are women between 25 and 65 years old. Three patients had extensive pulmonary embolisms. One died and one also had a brain haemorrhage,” it said.

Roughly 400,000 people were vaccinated with AstraZeneca in the Netherlands in the period and the reports “seem comparable to other reports in Europe,” Lareb said.

It came a day after Germany halted use of the vaccine for people under 60 and a death was reported in the Netherlands of a woman between the ages of 25 and 65 who had received the AstraZeneca vaccine.

The Netherlands has recorded about 1.2 million coronavirus cases in total and more than 16,500 deaths.