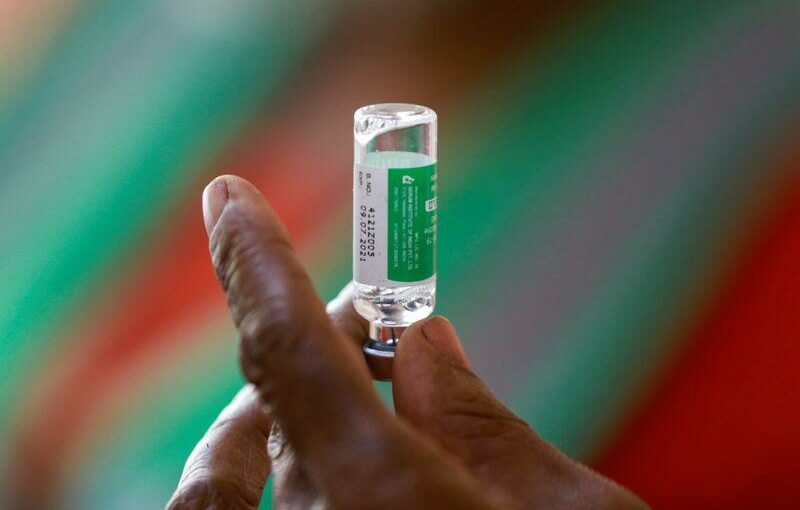 LAGOS (Reuters) – Nigeria has directed its 36 states and federal capital territory to stop giving first doses of AstraZeneca COVID-19 vaccines once they use half their current stock in order to safeguard supply for the second dose, its health minister said.

Osagie Ehanire said the directive came amid concerns over when Nigeria would get another shipment of the shots after India put a temporary hold on all major exports of the doses made by the Serum Institute of India (SII).

India, the world’s second most populous country, is aiming to preserve supply to meet domestic demand. It reported a record 115,736 new COVID-19 cases on Wednesday, a 13-fold increase in just over two months.

“We thought that it was proper for us under the circumstances to ensure that those who were vaccinated were fully vaccinated,” Ehanire said in a televised briefing on Tuesday evening.

Nigeria is Africa’s most populous nation, and inoculating its 200 million citizens is seen as key to stemming the global spread of the virus.

The country has used roughly a quarter of the 3.92 million doses of the AstraZeneca vaccines, produced by the SSI, that it received on March 2.

It had administered 964,387 first doses as of April 6, but progress varied widely by state. Twenty-one of its states and capital territory had given first doses to more than half of those targeted for shots, but it was not clear whether the figures also reflected the proportion of shots available within the state. It is spacing the doses by three months.

The head of the Africa Centers for Disease Control said India’s decision would undermine Africa’s vaccination plans, and could have a “catastrophic” impact if extended.

Nigeria hopes to receive up to 70 million doses of the Johnson & Johnson COVID-19 vaccine this year through the African Union.