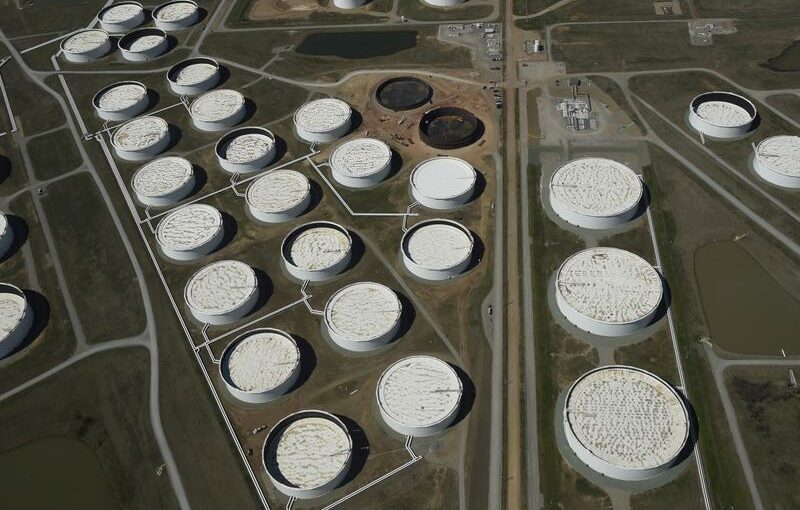 SINGAPORE (Reuters) – Oil prices were steady on Thursday after falling in the previous session on concerns rising inflation in the United States, spurred by climbing energy costs, may prompt the government to release more strategic crude stockpiles to drive down prices.

On Wednesday, Brent crude futures fell by 2.5% and West Texas Intermediate (WTI) futures dropped by 3.3% after reports that U.S. inflation increased at the fastest rate in 30 years pushed the dollar higher and crude inventories in the U.S., the world’s biggest oil consumer, rose after the government released some strategic reserves.

Consumer inflation data on Wednesday showed U.S. prices were rising at a 6.2% year-over-year rate. The dollar gained on expectations that actions by the White House and U.S. Federal Reserve to curb the rising prices may lead to higher interest rates and tighter monetary policy. Oil typically trades inversely to the dollar.

U.S. President Joe Biden said he asked the National Economic Council to work to reduce energy costs and the Federal Trade Commission to push back on market manipulation in the energy sector to reverse inflation.

Some of the efforts to cut energy costs might include releasing more crude from the U.S. Strategic Petroleum Reserve (SPR).

“The U.S. also increased pressure on oil markets, with President Biden asking his economic advisors to explore ways to lower energy prices,” analysts from ANZ Bank said in a note on Thursday.

“There is growing speculation that the U.S. might coordinate releases of inventory with other nations, such as Japan.”

The SPR release was 3.1 million barrels, the largest since July 2017.