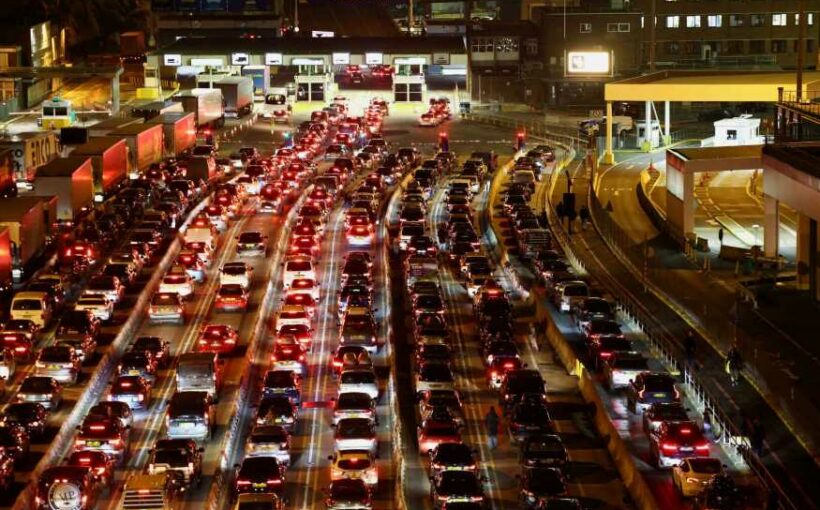 Tighter restrictions are being considered around the world as spiraling cases of the omicron Covid-19 variant loom over the festive holiday period.

A number of curbs have already been introduced in countries across Europe.

The Netherlands entered full lockdown from Sunday until mid-January, leaving only supermarkets and essential shops open. School in the country have been closed. People will not be able to have more than two visitors over the age of 13 per day, although this will be raised to four people between Dec. 24 and Dec. 26.

In Germany, meanwhile, only German citizens, residents and transit passengers will be allowed to enter the country from the U.K. from Monday, with all inbound travelers required to quarantine for 14 days irrespective of vaccination status. Travel restrictions were also imposed for arrivals from Denmark, Norway and France.

Austria will only allow entry to vaccinated travelers from Monday, while France has already banned travel from the U.K.

Ireland has announced an 8 p.m. curfew for bars, restaurants, theatres and other leisure and entertainment venues, running from Monday until Jan. 30.

While in Spain, Prime Minister Pedro Sanchez will meet with regional leaders on Wednesday to discuss containment measures for the coming weeks. Italian leaders are also reportedly weighing further restrictions and will meet Thursday for talks.

The World Health Organization said on Saturday that cases of the omicron variant, which has now been detected in 89 countries, are doubling every 1.5 to 3 days in areas with community transmission.

In the U.K., government ministers are also refusing to rule out further restrictions over Christmas. Deputy Prime Minister Dominic Raab told Sky News on Monday that he couldn't make "hard and fast guarantees" that stricter measures would not be imposed.

It comes after Prime Minister Boris Johnson controversially "cancelled" Christmas in 2020, preventing many family members and friends from seeing each other.

The current rules in England include Covid passes for certain events, face masks in indoor spaces and working from home where possible.

A further 82,866 Covid-19 cases were reported across the U.K. on Sunday after several days of record high infections last week. Cases are doubling roughly every two days, with hospitalizations in London also sharply increasing.

The high numbers in the U.K. and elsewhere are sparking concerns about the impact on hospitals and health care systems more broadly — particularly given the risk of staffing shortages if people working in these settings have to isolate.

In the U.S. on Sunday, President Joe Biden's Chief Medical Officer Anthony Fauci said it was clear that omicron was already "raging through the world."

"Our hospitals, if things look like they're looking now, in the next week or two are going to be very stressed with people, because, again, we have so many people in this country who are eligible to be vaccinated who have not yet been vaccinated," Fauci said.

He urged the public to get booster shots, wear masks and exercise caution when travelling.

Both New York state and the District of Columbia have reported record daily caseloads on consecutive days.

Despite the global panic, however, some experts have stressed that hospitalization and death figures so far have yet to indicate that omicron is more dangerous than other variants.

"Whether #Omicron is inherently less virulent, whether this hopeful finding is result of baseline immunity in infected, or a combination of both, is still unclear."

However, on Friday, the early findings of a study by the U.K.'s Imperial College London said there was no evidence that the new Covid-19 omicron variant was any less severe than the delta variant.

"The study finds no evidence of Omicron having lower severity than Delta, judged by either the proportion of people testing positive who report symptoms, or by the proportion of cases seeking hospital care after infection," a research team led by professor Neil Ferguson said Friday in a blog post accompanying the study.

"Even if booster shots are effective at reducing the medical risks, a rapid spread of Omicron could still overburden health systems and force countries to follow the Netherlands and adopt more economically damaging restrictions," said Berenberg Chief Economist Holger Schmieding.

Should such restrictions become widespread, Berenberg expects a 1% quarterly drop in euro zone and U.K. GDP in the first quarter of 2022, instead of the modest growth predicted otherwise.

"The world has ramped up its capacities to develop, upgrade and mass produce vaccines. That should help to contain Omicron eventually, but possibly only after a major medical emergency in early 2022," Schmieding added.

He suggested that once restrictions are scaled back, a release of pent up spending is likely based on previous pandemic-era patterns, while signs that global supply shortages are easing could herald a manufacturing rebound, partly offsetting the omicron threat past the early months of 2022.