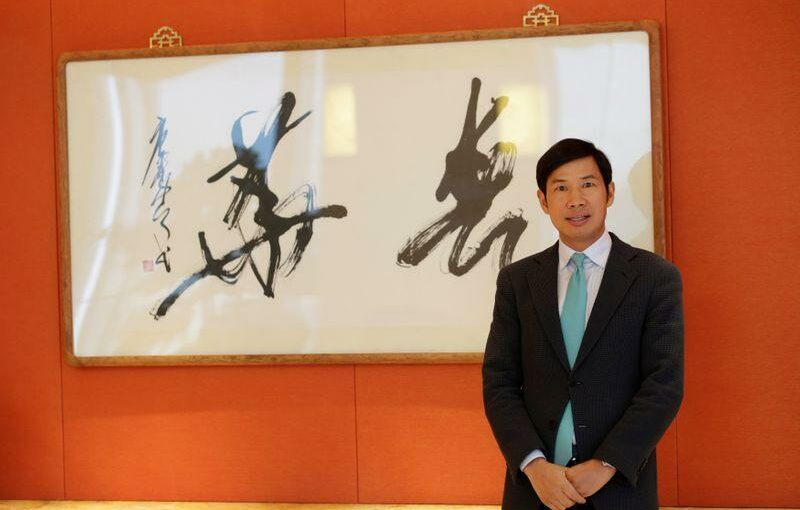 HONG KONG (Reuters) – The chairman of private equity firm Primavera Group, which counts China’s Ant Group among its portfolio companies, believes the financial technology giant’s founder Jack Ma is “safe and sound”, and that he remains optimistic about the company.

Alibaba founder Jack Ma, who also controls Ant, has not been seen in public since Ant’s IPO debacle.

“I believe he is safe and sound. He remains an enduring example of a successful entrepreneurship,” Hu said in an interview at the Reuters Next conference on Wednesday, without elaborating.

Hong Kong-based Primavera became an investor in Ant’s 2016 $4.5 billion fundraising and raised its investment during the $14 billion round two years later that valued the firm at a $150 billion.

Hu, a former chairman of Greater China at Goldman Sachs, serves as an independent non-executive director on Ant’s board.

“I do believe that the company (Ant) is highly successful innovator and has really single-handedly created fintech in China as we know it,” he said. “I remain optimistic about the future of this company.”

Hu declined to comment on the prospects for reviving the IPO.

Chinese regulators have set about reining in Ma’s financial and e-commerce empires since he publicly criticised the country’s regulatory system in October for stifling innovation.

That set off a chain of events that climaxed in November with the cancellation of Ant’s $37 billion IPO, which would have been the world’s largest. The regulator also launched anti-trust probes into Alibaba’s allegedly monopolistic practices.

Hu said China’s recent anti-trust crackdown was in line with global trends but that innovation in the country will not be stifled.

“China is not an exception because we have the largest tech eco-system. It’s very natural for the government to address those questions. If there are some excesses or abuses maybe they require adjustments,” Hu said.

“Make no mistake, innovation will remain ever more important engine of economic growth,” he said.

Ant is considering folding most of its online financial businesses, including consumer lending, into a holding company that would be regulated like traditional financial firms, Reuters has reported.

“I believe the tech leaders in China and the investors all understand and feel comfortable, although in the short-term yes there may be some kind of uncertainty, but the fundamentals and the outlook remain intact,” Hu said.

Hu founded Primavera in 2010, and the firm has been an avid investor in China’s consumer, technology and healthcare sectors. Apart from Ant, its portfolio also includes Yum China Holdings and Australian vitamin firm Vitaco.

Last week it made a filing to the U.S. Securities & Exchange Commission seeking to raise $300 million in an initial public offering for a special-purpose acquisition company (SPAC).

For more coverage from the Reuters Next conference please click here