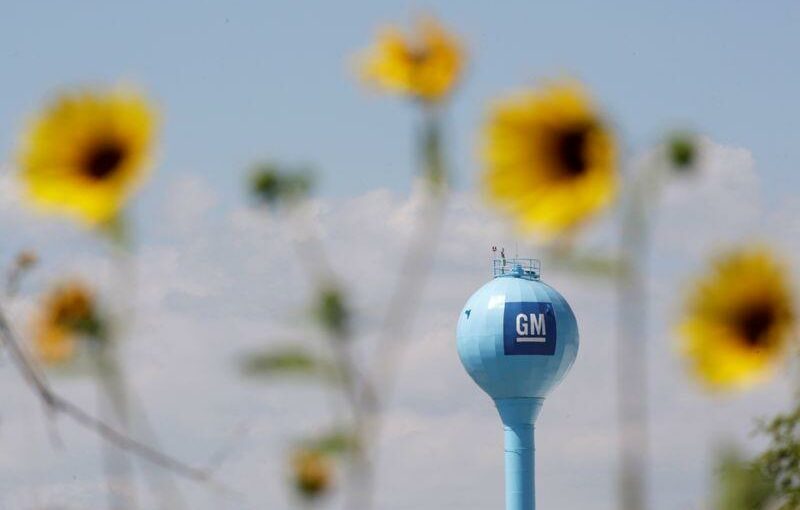 DETROIT (Reuters) – General Motors Co is expected to report a healthy fourth-quarter profit on Wednesday thanks to strong demand for gas-burning pickup trucks and SUVs, but the company’s future electric vehicles are now driving the stock, shareholders and analysts said.

Since November, when Chief Executive Mary Barra outlined plans to boost spending on electric vehicles, GM shares have surged by 60%. Long stuck near the 2010 initial public offering price of $33, the increase has long-time shareholders celebrating.

“I don’t think there’s ever been a more exciting time to be a GM shareholder,” said Michael Razewski, a partner with Douglas C. Lane & Associates, which owns more than 2.84 million shares.

GM helped change the narrative since November by boosting spending on and speeding development of EVs, announcing plans for an electric van and dedicated unit to serve commercial customers, and setting a target to stop selling gasoline-powered light vehicles by 2035.

Investors also credit a greater focus by the broader market on EVs, driven by Tesla Inc and the numerous companies going public through mergers with special-purpose acquisition companies, or SPACs.

“This never struck me as a business that greenfield competitors had an insurmountable advantage,” said Josh Sandbulte, chief investment officer with Greenhaven Associates, one of GM’s largest shareholders.

Investors are starting to hold companies to a higher standard regarding their climate plans. Last month, the head of BlackRock, the world’s biggest asset manager, warned companies it invests in they will need to show a game plan for surviving in a world aiming for net-zero emissions by mid-century.

Also boosting GM’s stock was Microsoft Corp’s investment last month in Cruise, the self-driving business in which GM holds a controlling stake. The Cruise business went from a $19 billion valuation to $30 billion with that deal, supercharging expectations.

“If you want to dream big on GM, you’d take the EV business at a Tesla multiple, the (EV) van business at a SPAC multiple and the Cruise business at the Microsoft mark,” said Johnson, who sees an upside case for a $100 share valuation.