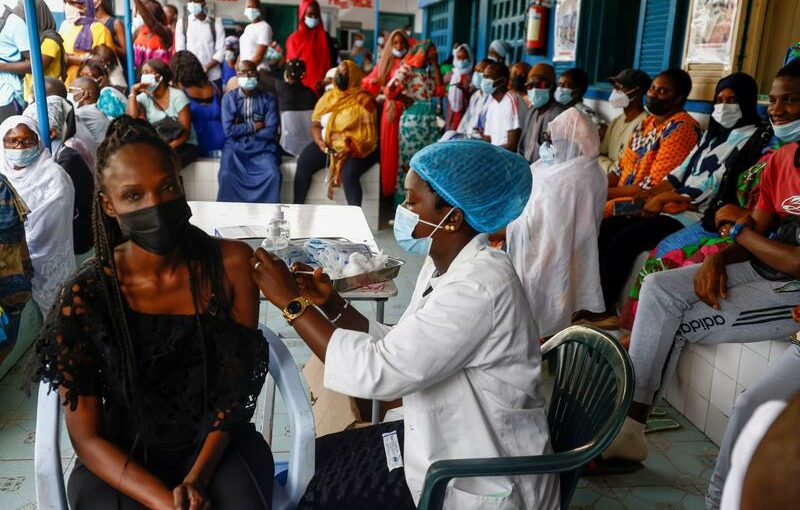 DAKAR (Reuters) – Senegal on Monday logged only two new daily COVID-19 infections, the lowest number since the pandemic reached the country and two months after the rate of new cases hovered at record highs, the health ministry said on Monday.

“Two cases were recorded today, the lowest ever recorded,” said health ministry spokesperson Ngone Ngom. “They were in the past seven, 10 cases, but from the top of my head I think this is the lowest.”

While the number of COVID-19 infections has been relatively low in Senegal compared with elsewhere, the West African nation is emerging from its deadliest wave yet. Twenty thousand of its 73,800 cases and 250 of its 1,860 deaths were recorded in July alone.

The country of around 17 million people is pressing ahead with vaccinations, but still has a long way to go.

Vaccinations have more than doubled since the start of July, with the country having administered since then around 730,000 of its total 1.25 million doses used so far.

But it remains a far cry from the World Health Organization’s target vaccination rate of 40%.