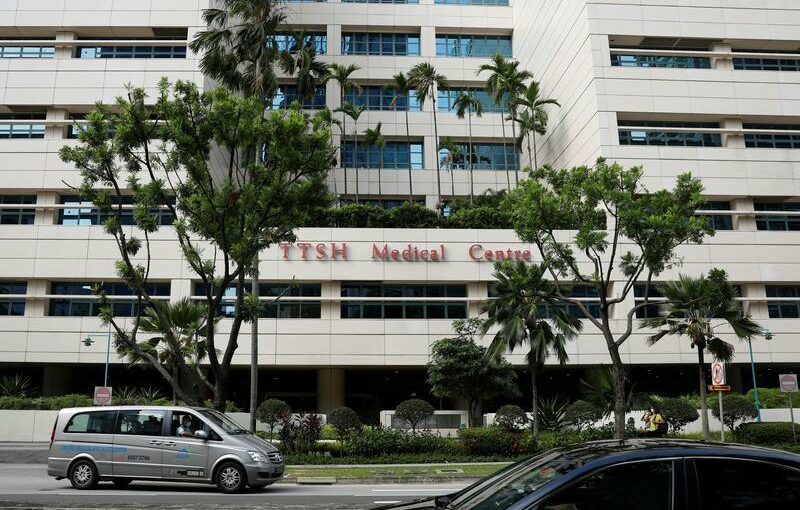 SINGAPORE (Reuters) – Singapore has detected a COVID-19 cluster in one its largest hospitals, among 16 new locally transmitted infections that were reported on Thursday, its highest number of domestic cases in seven months.

Singapore has managed to contain its coronavirus outbreaks since a big contagion among migrant workers in dormitories last year. Most of its subsequent cases have been imported and found in quarantine.

Eight of the cases announced late Thursday were linked to Tan Tock Seng Hospital, the health ministry said. The hospital’s cases include a doctor and a nurse who were vaccinated for the coronavirus. Both had symptoms.

Authorities have isolated two wards in the hospital to test staff and patients, and increased quarantine and movement curbs after the cluster, which is the first in a Singapore hospital.

Seven other local cases on Thursday were linked to an airport immigration officer.

The city-state has reported more than 61,000 cases since the pandemic hit last year, the vast majority of those in dormitories housing low-wage foreign workers. It has recorded 30 deaths in total.

The new cases comes as Singapore readies a travel bubble with Hong Kong that is set to launch in May after a suspension last year.

Singapore has been rolling out vaccinations having approved shots from Pfizer-BioNTech and Moderna.

The health ministry said the vaccines are effective in preventing symptomatic disease for the vast majority of recipients, but some can still be infected despite being inoculated.

Concerns have been growing over new variants of the virus and the effectiveness of existing vaccines.