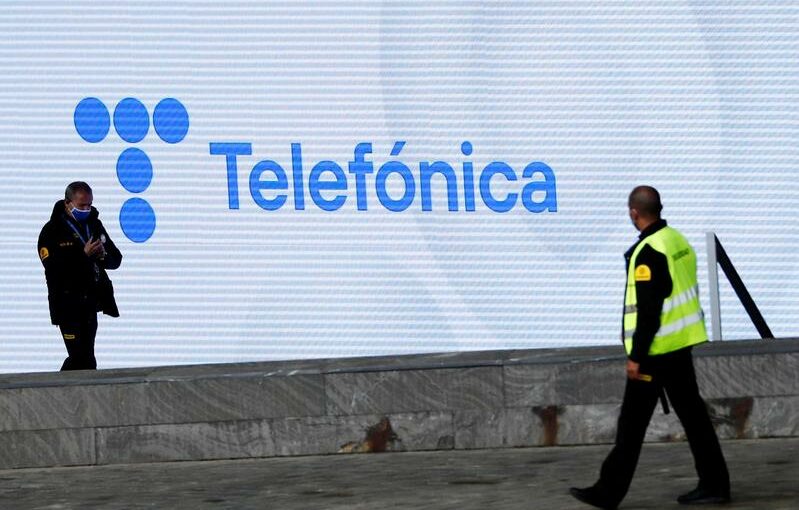 FILE PHOTO: Security guards walk past a screen displaying the logo of Spanish company Telefonica at its headquarters in Madrid, Spain, May 12, 2021. REUTERS/Sergio Perez/File Photo

MADRID (Reuters) – Spanish telecoms operator Telefonica plans to raise as much as 500 million euros ($591.35 million) with the sale of a minority stake in its technology unit, Cinco Dias newspaper reported on Wednesday, citing financial sources.

Telefonica is ready to sell up to 49% of the unit, which is initially valued at 1 billion euros. The unit includes cybersecurity, Internet of Things an cloud computing operations, Cinco Dias said.

The sale would be part of a wider Telefonica plan to reduce its debt by selling assets.