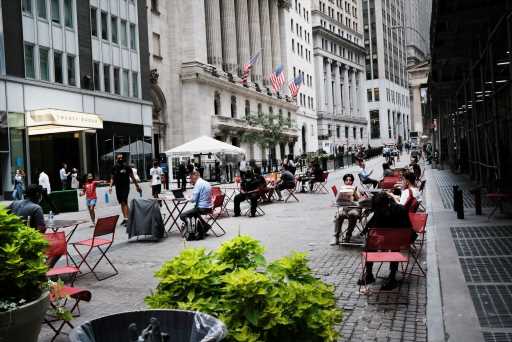 Financial markets appear vulnerable to what could be an extreme move in either direction, according to Paul Gambles, co-founder of investment advisory firm MBMG Group.

As a result, Gambles said investors should consider sitting on the sidelines and build up their cash positions significantly.

His comments come as market participants remain cautious given a flurry of risks on the horizon. These include fears of rising inflation, persistent concerns about the economic outlook amid the ongoing coronavirus pandemic, supply shortages and valuation concerns.

Some investors are also wary of the possible implications of China's indebted property firm Evergrande, which is on the brink of default.

"Our advice is just be a little bit cautious. We think that the market is very finely poised waiting for what potentially could be a very, very big move," Gambles told CNBC's "Squawk Box Europe" on Friday.

"We've got no idea which direction that could be; I realize that doesn't sound helpful, but frankly there are just so many unanswered questions out there right now," he continued. "Until we start to get answers to those, our advice is actually unless you can really afford to take what could be a pretty big hit, and possibly even a permanent hit, then it is better to just sit on the sidelines."

Gambles said MBMG Group, which says it has over $1.5 billion assets under advice, has looked to raise cash levels "quite dramatically" of late, warning market risk had "suddenly gone up and off the scale" compared to just one month ago.

Gold and gold miners were "one of the best ways to hedge risk" for the moment, he added, suggesting there was also still some value in Treasuries.

"Take those profits," Gambles said. "You should be able to swallow your fear of missing out rather than expose yourself to the risk of what could be some pretty significant losses if we get a reversal."

"We are not saying that there is an absolute crash nailed on here, far from it. What we are saying is it's a coin flip as to whether things are good or things are bad and, you know what, it has got the potential to be pretty extreme in either direction," Gambles said.

He said it was the first time he'd advised clients to hold cash for some time.

"This is a potentially pivotal moment and we've got no idea whether it is going to be a good or bad outcome," Gambles added.

Not everyone is in favor of building cash positions.

Ray Dalio, founder of the world's largest hedge fund, Bridgewater Associates, told CNBC's "Squawk Box" earlier this week that investors should not deal with market risk by hiding out in cash.

"Don't keep it in cash," Dalio said from the SALT conference in New York City. More than a year after saying "cash is trash," Dalio said on Wednesday that he still feels that way.

Instead, the hedge fund billionaire said the most important thing for an individual investor was to know "how to diversify well."

Dalio argued that doing so across countries, currencies and asset classes would outperform cash.

Daniel Lacalle, chief economist at Tressis Gestion, told CNBC on Friday that he expected financial markets to turn lower in October, saying a constellation of factors could force investors to come "back to reality."

Lacalle said market estimates that were far too bullish had become "embedded" in earnings and macro growth projections. In addition, tapering from the U.S. Federal Reserve and European Central Bank, as well as concerns about a slowdown in China, were likely to trigger a market correction.

The risk of a "very aggressive" correction or a spillover effect to the sovereign debt market was somewhat limited, Lacalle said, given that the Fed and the ECB were expected to continue to be supportive.